Diamond Head
Raven
Volture
Owl
Formed in Stourbridge, England in 1976 and credited as one of the pivotal members of the New Wave of British Heavy Metal, Diamond Head have been crushing for almost four decades. With influences like Black Sabbath, Judas Priest, and Led Zeppelin Diamond Head is sure to showcase what England continues to offer in the way of Heavy Metal.

Diamond Head has influenced some of the largest American heavy metal bands. Metallica has cited them as being one of their biggest early influences. They covered, recorded, and released their version of Diamond Head's song "Am I Evil" on their Creeping Death EP and later on the re-release of "Kill 'em All", which was Metallica's first full length album. 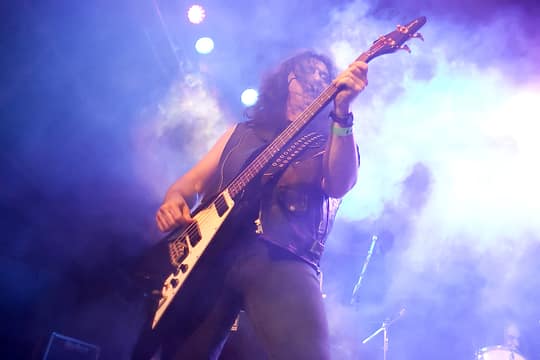 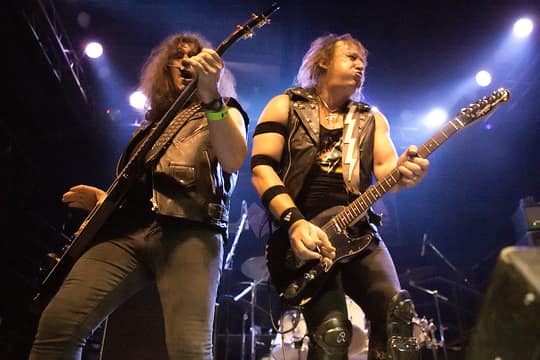 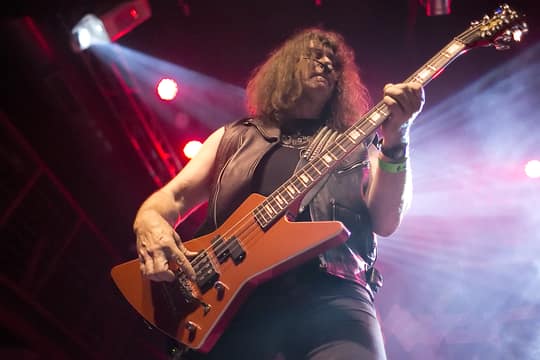 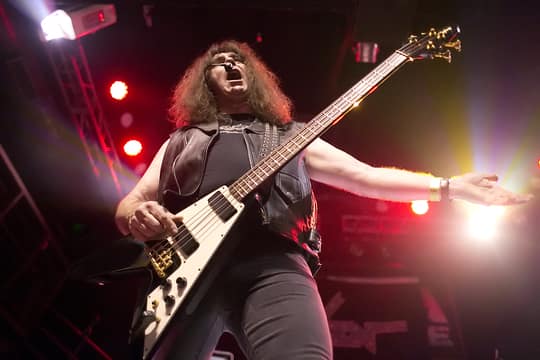 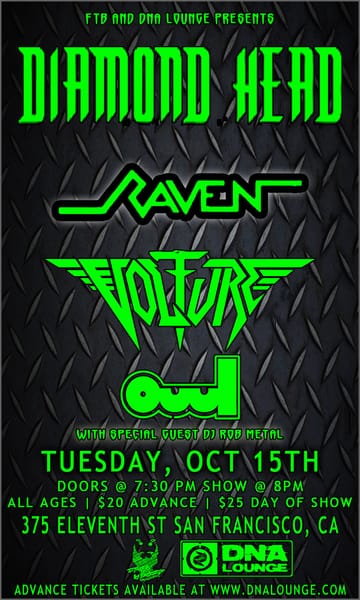 Diamond Head: Am I Evil
Raven: Rock Until You Drop
Volture: Rulebreaker
Owl
Past related events: