Shindog
Annabella Lwin, known best as the original 14-year-old vocalist for 80s New Wave band Bow Wow Wow, parted ways with that band in 1983 and never looked back. Working with famous names in the industry on both sides of the Pond. Lwin has performed live with various groups, and for several charity relief funds, including Hands and Hearts Organization for Tsunami Relief in 2006. Despite her nonstop live work, her contributions are hard to find in a recorded state, with the last known release in the mid 2000s, and a couple of recent tracks available on her website and on Youtube.

Lwin's current and ongoing Buddhist retreats enhance and inform her artistic sensibilities, giving birth to new mature and romantic songwriting. Her solo work retains Lwin's familiar pop music with tight melodies and a hard-core dance groove. They're beat-heavy anthemics married now to new harmonies and a hint of eastern-tinged melodies. Her vocal range has never sounded better, and the spirit of her songs confirms her ongoing celebration of life and music. 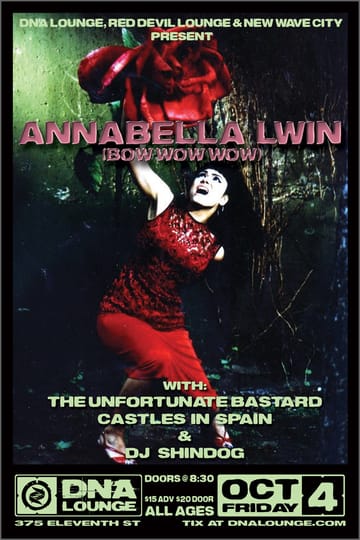