Tickets to this salon evening include a tasting flight related to the history of Whisk(e)y.
There may be more ballads and love songs written to whiskey in all its forms and varieties than any other intoxicant.

From a long history in Ireland and Scotland to modern incarnations around the world, Aqua Vitae has been part of the American tradition before independence. It was celebrated for its "medicinal" properties both in the middle ages and the 20th century, has been the cause of uprisings and rebellions, and was the original moonshine, long before we banned the good stuff in the United States.

Join us as we delve into stories from the Whiskey Rebellion of 1791 to the liquor stash that saved the historic heart of San Francisco from the fires of 1906, from prohibition vigilantes to frozen Antarctic treasures.
Photo Gallery: 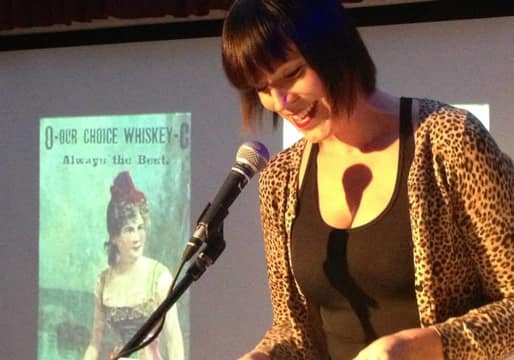 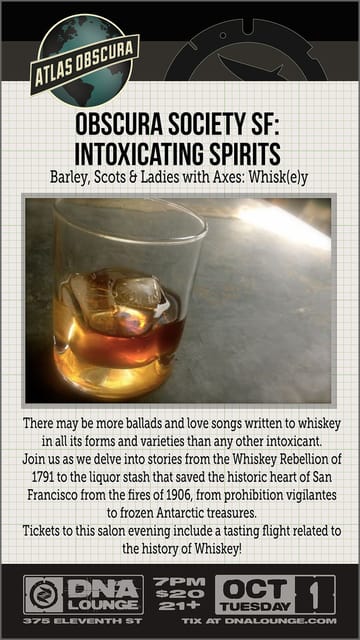