At midnight, Bootie creators & DJs A Plus D present the Best of Bootie! A retrospective DJ set with live performances by:
Princess Kennedy
Suppositori Spelling
Myster C
Xavier Toscano
Adriana A
and more!

Grandpamini (Bootie France)
DJ Tripp
John!John!
What began as a small niche party for 100 people on a monthly Wednesday night at a bike messenger-turned-lesbian bar in San Francisco has now turned into an international success story. For the past 10 years, Bootie creators and DJs A Plus D have turned their insatiable passion for "mashups" into a weekly genre-busting party like no other, consistently winning "Best Club Night" awards every year, and becoming one of the driving forces of mashup culture. Not only has Bootie become a San Francisco nightlife institution, it's also been one of SF's finest exports, as the duo have brought their "little mashup party" to various cities all around the globe.

Long before anyone even knew what the word "mashup" was, A Plus D were tireless torchbearers of the scene, introducing the masses to the magical sounds of two (or more) songs fused together as one. Now Bootie marks its 10-Year Anniversary with an epic, jam-packed evening celebrating the best mashups of the past decade. At midnight, A Plus D present the "Best of Bootie," a special retrospective DJ set with live performances from Princess Kennedy (Bootie's very first Midnight Mashup Show), Suppositori Spelling, Myster C, Xavier Toscano, Adrian, and more, along with live video mixing by Entyme. Plus, at 11 PM, its two monthly feature acts battle it out together on two stages -- it's Smash-Up Derby vs. Hubba Hubba Revue! Bootie's house mashup rock band takes the DNA stage, as the Bay Area's best burlesque show graces a smaller stage in the middle of the dance floor ... at the same time! Just like classic burlesque, the striptease performers will be accompanied by a live band. You won't know where to look!

Joining in the celebration, Bootie has all three upstairs rooms open, with the delirious dance sounds of Brass Tax taking over the Lounge, while Glitterazzi returns to Above DNA, with Meikee Magnetic and Mixtress Shizaam playing their explosive mix of electro, mashups, trap, and house. And finally, in the Dazzle Room, it's special guest Grandpamini from Bootie France, plus residents DJ Tripp and John!John! All this, plus limited-edition Bootie 10-Year Anniversary CDs for the first 500 people through the door! 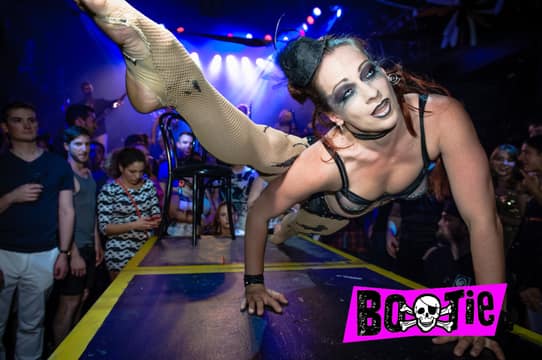 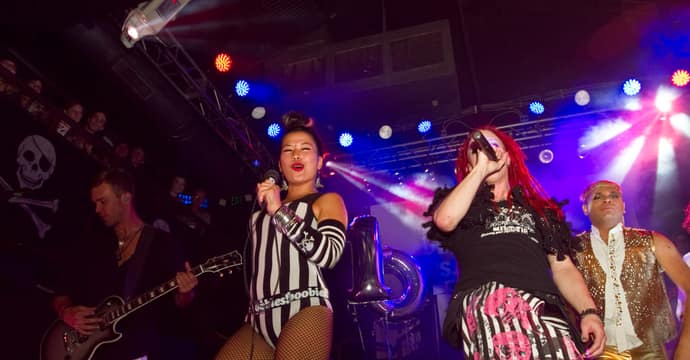 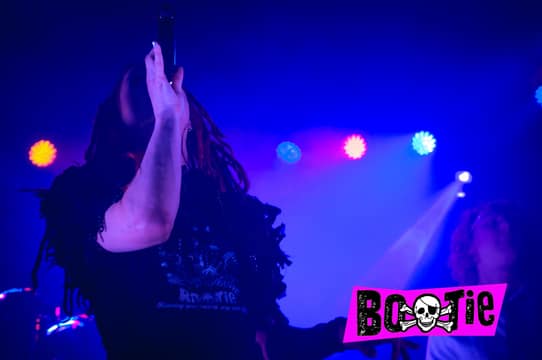 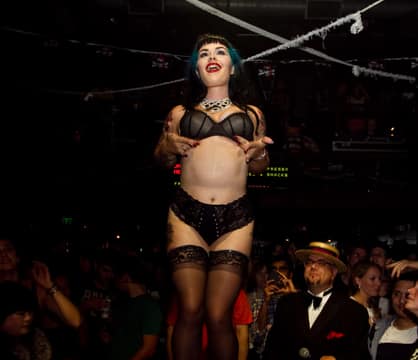 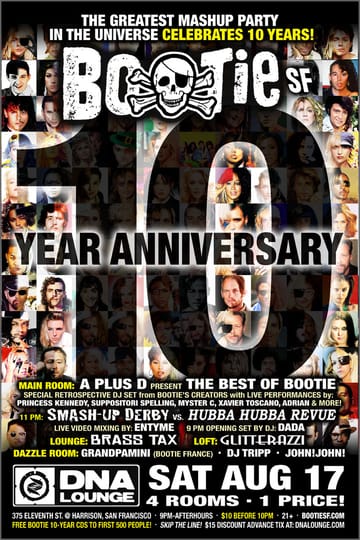