Grand Opening of the newly-expanded DNA Lounge! Now with FOUR ROOMS of dancing!

Above DNA: Zombieland! With your living dead DJs:

Free Halloween Booootie mashup CDs to the first 300 people through the door!
It's the spookiest, scariest Bootie ever! It's Halloween Booootie! And there couldn't be a better holiday to celebrate the grand opening of the newly-expanded DNA Lounge, which now has FOUR different rooms for your dancing pleasure! We've got free limited-edition Halloween Booootie CDs for the first 300 people, plus a Midnight Costume Contest, where we're giving away $200 cash prizes (and a trick-or-treat goody bag) for the best costume in each of three categories: Best Overall Costume, Sluttiest Costume, and Scariest Costume!

Also in the main room, resident DJs A Plus D and opening DJ Dada will be sneaking in some spooky Halloween bootlegs into the mix, making sure the night is a monster mashup spooktacular! At 11 PM, live mashup rock band Smash-Up Derby takes the stage in full costume, playing a special Halloween-themed set, while the Bay Area Flash Mob will be on hand for the mandatory Midnight Mashup Show of Michael Jackson's "Thriller."

And for the first time ever, the apocalypse is taking over the building next door -- it's the debut of Zombieland in the new room "Above DNA." Join the zombie nation as Entyme vs. Zyme celebrate the release of their new single, "I'm A Zombie," with a flesh-eating performance! DJ Tyme & Nathan Scot and DJ Ajax will be your living dead DJs. Time to eat some brains and party!

In the lounge, it's Glitterazzi's "Night of Terror," as DJs Meikee Magnetic and Mixtress Shizaam spin zombie hitz and bloody bass, including a special surprise live performance! Mystie Rodriguez hosts. And finally, in Room Four, Death Guild takes over, as DJs Decay and Joe Radio spin a mix of goth, industrial, and synthpop so you can get your spooky dancing on! 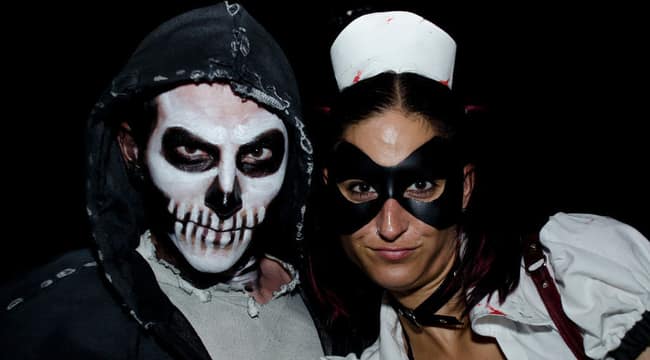 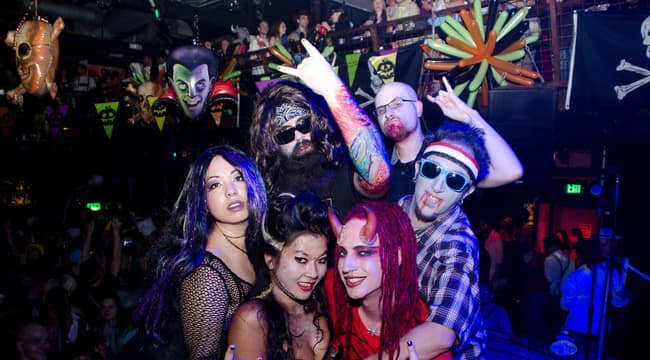