Free Bootie mashup CDs to the first 100 people through the door!
For five years, Bootie Mashup has been cybercasting live from DNA Lounge to the virtual world of Bootie Second Life, which takes place at Club Republik, one of SL's longest-running "virtual nightclubs." But tonight, Bootie Second Life comes to Real Life, as the party at Club Republik gets projected onto the DNA Lounge's big video screens! Bootie SL's Keela Latte hosts.

On the main floor, Bootie Mashup's resident DJs A Plus D and Dada will be joined by Bootie LA's Shyboy, who will also be guest singing with Bootie's own house band Smash-Up Derby at 11 PM. Rapper Myster C will also be joining the band for a couple live hip-hop mashups! John!John! and Sarah Boll channel the Notorious B.I.G. and Miley Cyrus for a live Midnight Mashup Show, while in the upstairs room, DJ Bus Station John takes over, spinning the same classic disco-funk that has made his weekly Thursday night party Tubesteak Connection so popular. 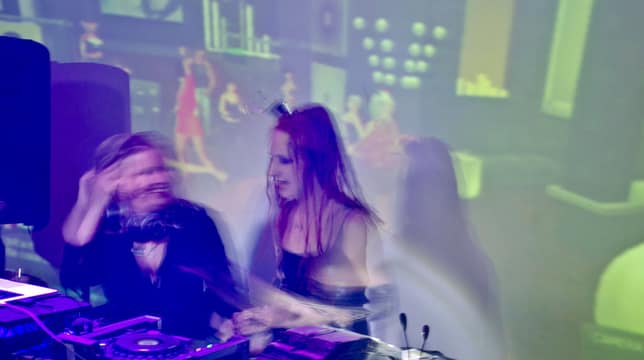 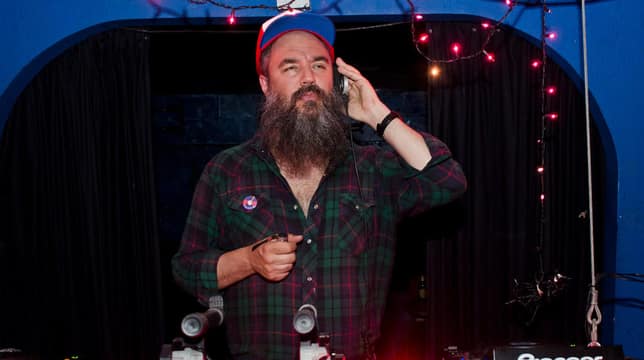 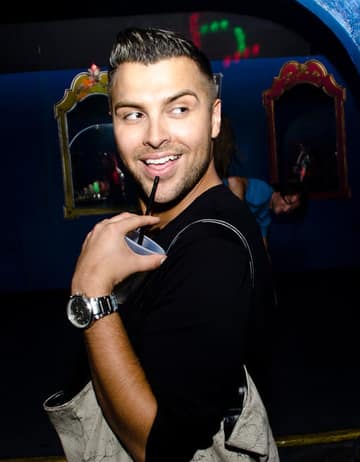 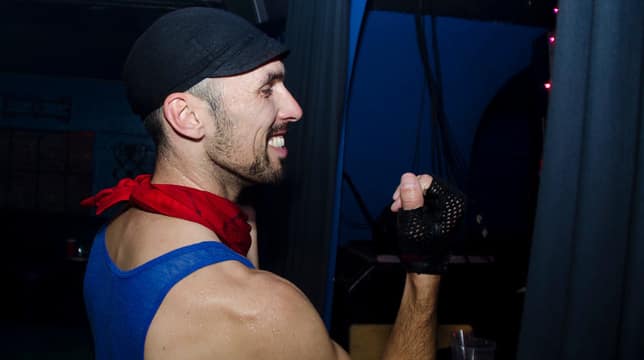 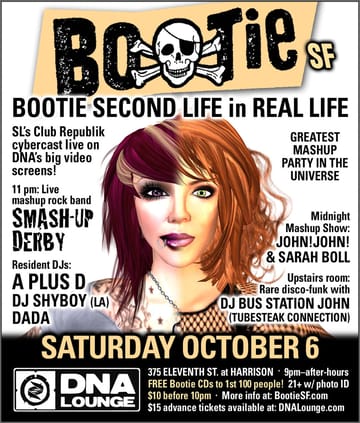