The End of Days Tour

Mr. Smith
Brian Backlash (Church of Hive, Portland)
Nemesis (Detroit)
iVardensphere is quickly becoming one of the hottest names in industrial. After finding their way into DJ playlists all over the world and performing with bands like Front Line Assembly, Apoptygma Berzerk and VNV Nation, the Canadian born iVardensphere brought their unique brand of electronic mayhem to the rest of North America supporting Combichrist. Now with their third CD, APOK and union with Metropolis Records, iVardensphere has forged a powerful and dedicated following, not only in the clubs but also with their intense live performances.

W.A.S.T.E. is the new leader in the underground rhythmic noise scene. Led by Shane Englefield aka Vuxnut and his partner in crime (literally) Tyler Viscerine of To Mega Therion, this duo brings the genre to new extremes. These are dark times we're living in folks and these guys seem to not only embrace it, but feed off it with the most energetic and in your face performances in the scene. Brutal, heavy, and just insane are some words used to describe their shows and unique sound, however through an upbringing and influence of old school industrial hip hop they manage to stand out and keep people's feet and asses movin.

Born at the beginning of 2002 in order to cross the threshold from one genre of extreme music to another. Jamie Blacker's E.S.A. (Electronic Substance Abuse) sound is always a hard one to pin down. Taking influences initially from European rhythmical noise acts, the overall structures have developed and integrated countless influences from the broad spectrum of alternative and extreme music. The tone of ESA is harsh and oppressive, dripping with destructive and corroded grooves whilst still emanating sub conscious melodies and a strong sense of Spirituality. ESA's compositions are undoubtedly threatening and offensive floor stomping club tunes but also twist and churn enough to warrant more attentive listening.

One of the most prolific djs in the scene, End has successfully toured consistently for years. His mad skills at manning the decks and working the crowds has earned him a place as one of the hottest beat-meisters in the biz. In this time he has also released multiples cds and has done a number of collaborations making him busier than many of the bands he spins. If only everyone had even half of End's dedication to the music there could be no limit to industrial.
Photo Gallery: 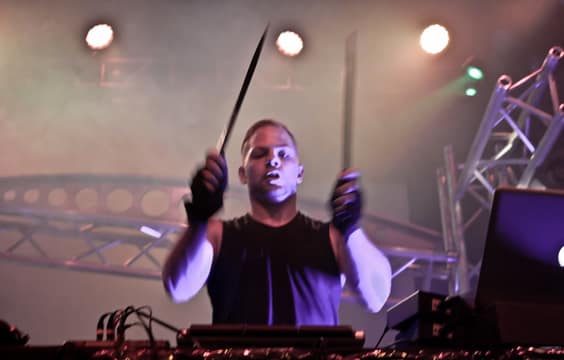 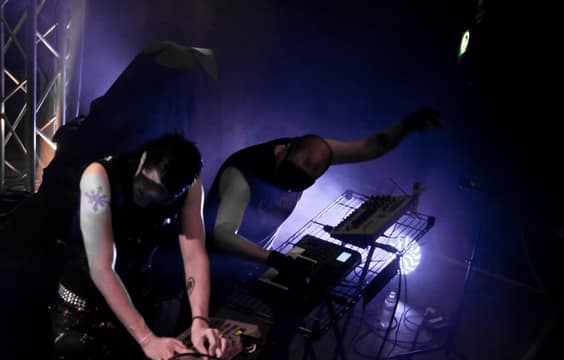 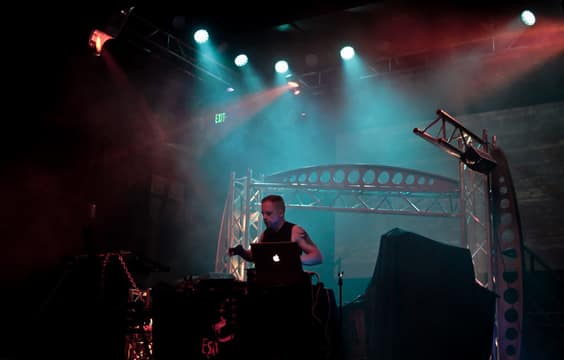 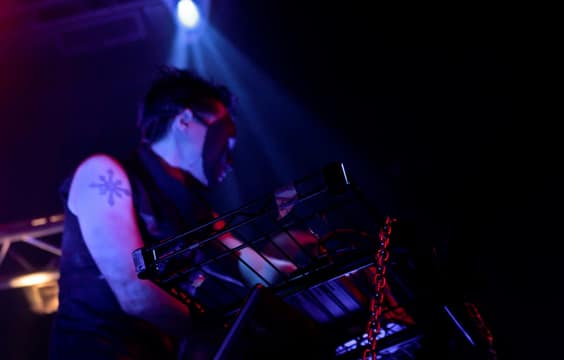 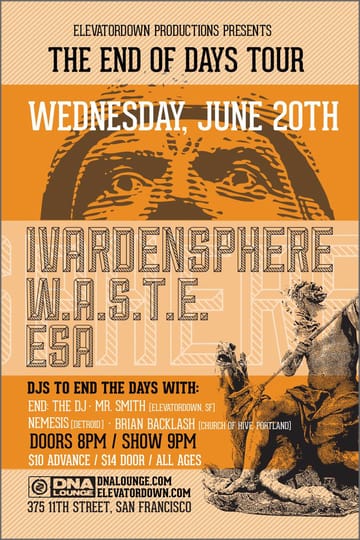