For the first time ever! Trannyshack pays tribute to two of the most iconic and legendary figures of the 80's. One brought an icy, androgynous, Euro-sheen to the top of the pop charts, accompanied by a singular sense of fashion and style and stunning videos. The other inspired a generation of youth with amazingly literate lyrics, and a sensibility that shunned the corporate, garish attitudes of the 1980's in favor of introspection, intelligence, and, yes, vegetarianism. Don't miss the Trannyshack Morrissey vs. Annie Lennox Tribute Night! 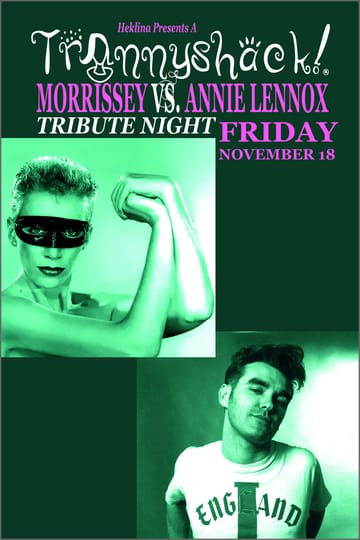