Let the art damage begin! Trannyshack presents it's most ambitious tribute night ever, honoring two of the most visionary and innovative women in music! It's a Trannyshack Kate Bush vs. Björk Tribute Night, for the first time ever! 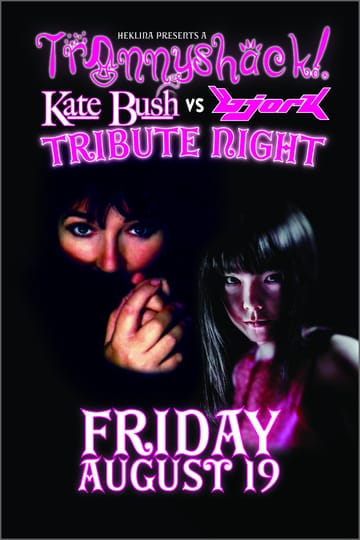