Plus a live set by:

A Salute to one of the world's biggest superstars, it's a Trannyshack Kylie Minogue Tribute Night, for the first time ever at DNA Lounge! The show will feature many of the superstars of Trannyshack. 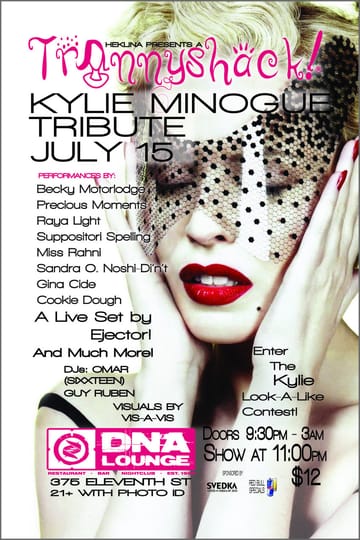