Help Heklina celebrate getting another year older, with this special night of Command Performances, featuring the best of the past year! If you missed Falsetta Knockers' "Space Oddity" (from Bowie Night), Lil'Miss Hot Mess's "Telephone" (from Gaga Night), or Ambrosia Salad's "Hunter" (Björk Night) then here's your chance to see these already legendary numbers, and much more! With very special guest Justin Bond!

Justin Bond is a transgender singer songwriter and performance artist, perhaps best known for the role of Kiki Durane, one half of the lounge duo Kiki & Herb. Bond has won numerous awards, including the Obie Award (2001), Bessie Award (2004), and Ethyl Eichelberger Award (2007). Bond was also nominated for a Tony Award in 2007. Film credits include Shortbus and Imaginary Heroes. 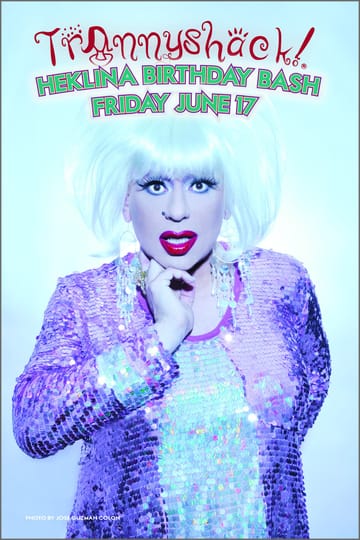