"Aealo", the new album from Rotting Christ, features guest appearances by Greek-American vocalist Diamanda Galas and Primordial frontman Alan A. Nemtheanga. "Aealo" delves deeper than ever before into Rotting Christ's Greek roots. Frontman Sakis Tolis explains: "'Aealo' is the transcription of an ancient Greek word into the Latin alphabet. It means thrashing, catastrophe or destruction and reflects the musical and lyrical content of the album. The concept of 'Aealo' deals with the feelings of a warrior during a battle, therefore the album's title bears this sense of anger, fear and grief." 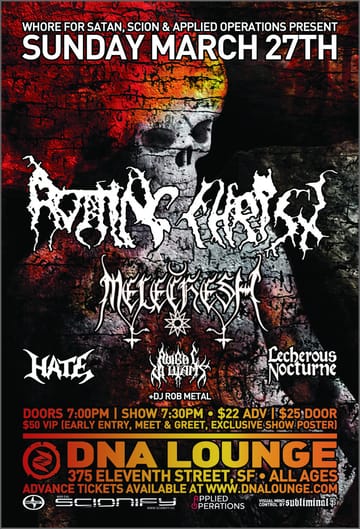