Trannyshack once again pays tribute to it's number one icon, the ultimate gender bender and musical chameleon, this time with a very special guest!

Angie Bowie: style icon, author, performer, counselor, former wife of David Bowie and role model for outsiders everywhere. It is widely accepted that Angie and Tony DeFries, Bowie's legendary manager, were the two most significant influences on David's early career. Angie was the "It Girl" in London's 'In' crowd and cultivated all that was weird and left-field. She introduced her husband to a variety of talented eccentrics who also contributed to David Bowie's kaleidoscope of stage personas-these include his Hunky Dory, Ziggy Stardust, Aladdin Sane and Thin White Duke periods. The cultural impact of David and Angie Bowie in the 70s and beyond cannot be over-estimated. Angie has written evocatively about that heady time in her books Free Spirit and Backstage Passes: Life on the Wild Side with David Bowie. 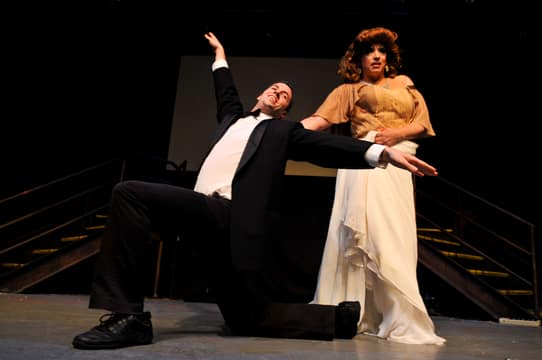 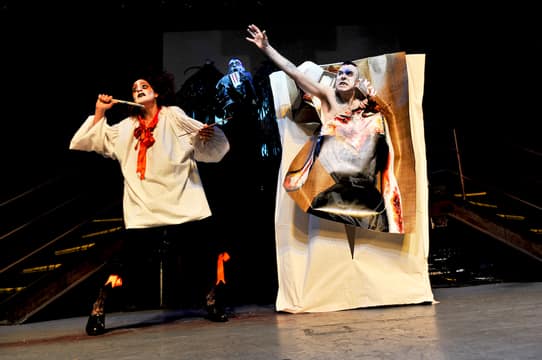 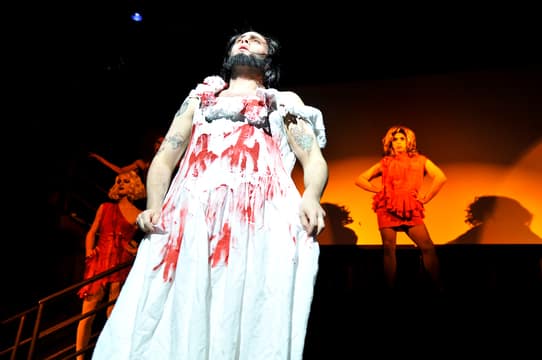 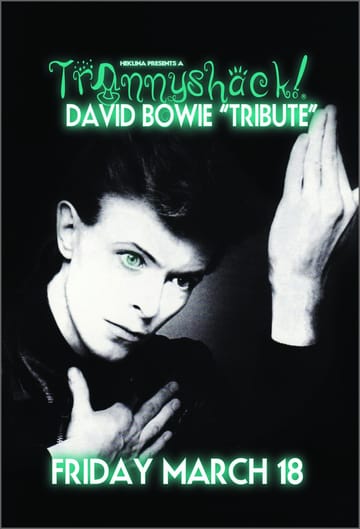