Vis-à-Vis.
Break out those shawls and platform boots! Trannyshack brings back one of it's more spectacular Tribute nights, a salute to the High-Priestess of Rock and Roll! It's a Stevie Nicks Tribute Night! 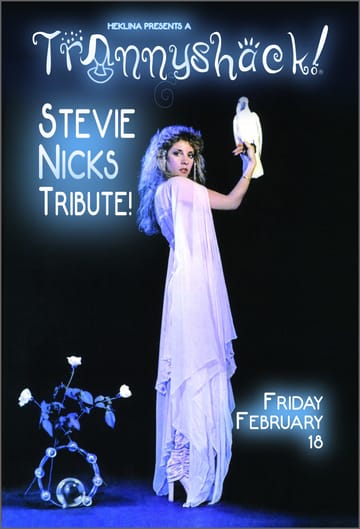