$55 VIP meet & greet with Finntroll and Ensiferum includes early entry (at 6pm) and exclusive show poster!
Following a successful first run in 2010, "The Finnish Metal Tour" will once again unleash itself on North America in early 2011. Dubbed "The Finnish Metal Tour 2", the trek features co-headliners Finntroll and Ensiferum with support from Barren Earth and Rotten Sound.

Ensiferum bassist Sami Hinkka said, "Greetings from the north our brothers and sisters of the new continent! The time has come to unite forces with our fellow countrymen and raid your cities with unforeseen power. The amount of alcohol consumption on this tour is going to be horrifying, so don't forget to bring your drinking horn! Grab your swords and hold them high with pride and join the ultimate metal event of 2011. Folk on!"
Photo Gallery: 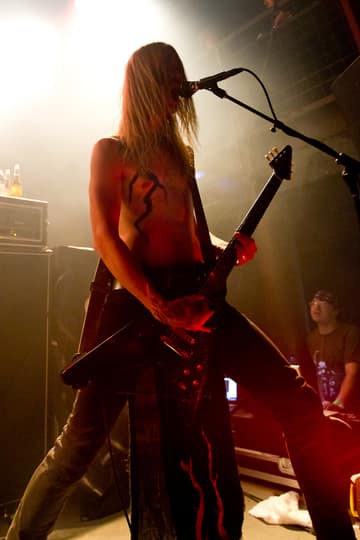 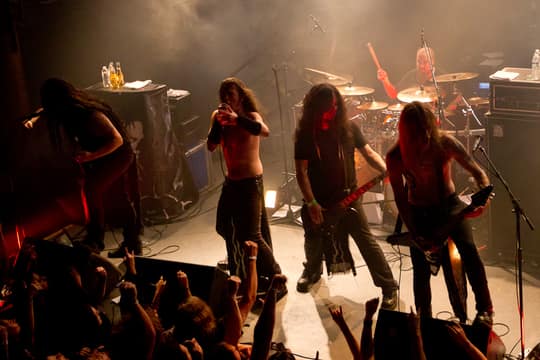 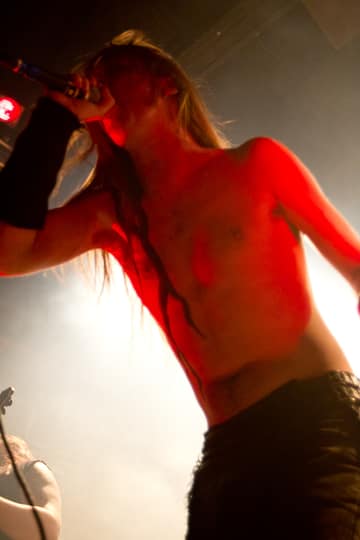 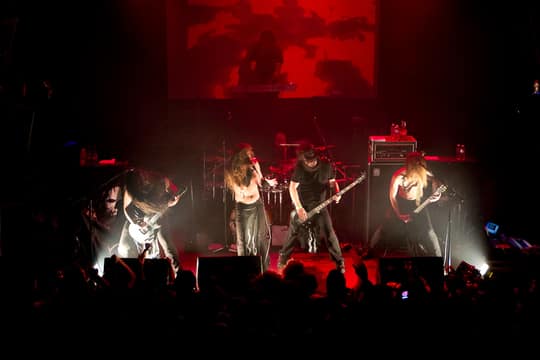 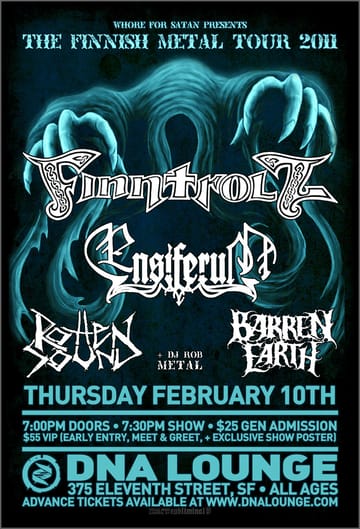