Lounge: The Ladies of Future Universal

Free Bootie Xmas CD to the first 100 people through the door!
It's Adrian's B-Day! Bootie's co-founder and host will not only be spinning a feature midnight DJ set, but has also hand-selected the fresh talent that will be gracing the stage. At 11 PM, it's the debut of BishopeMagnetic, a new electro-rockstar-house-indie-mashup project that brings together the talents of Meikee Magnetic (Protection) and Sason Bishope Parry (Planet B), along with guest drummer Cary Lascala. 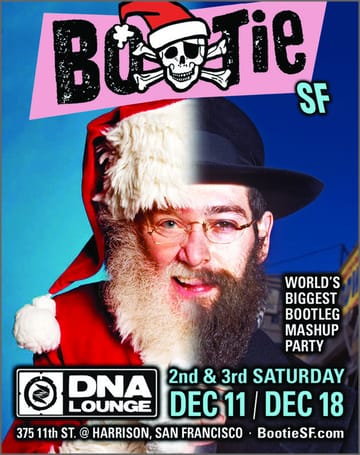