Though they never saw the massive, worldwide success of bands like Testament and Exodus, they were fan favorites and, on "Omega Wave", they prove they still have what it takes to impress the serious thrasher. In a time when younger bands are judged more for the patches on their denim jackets than on their actual chops, Forbidden are a big middle finger to the neo-thrash movement and a testament to dogged determination and consistently authentic musical output. 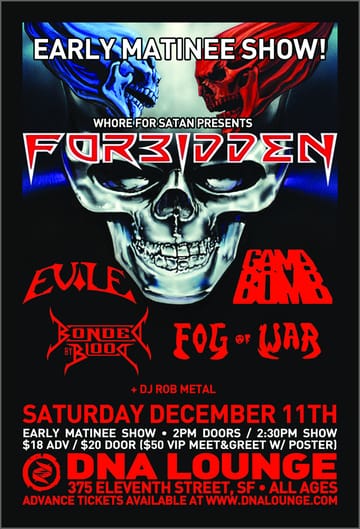 Forbidden: Step By Step
2010 Best of the Bay:
"Best Whore for Satan"
Past related events: