Free mashup CDs to the first 100 people through the door!
For three years, Bootie Mashup has been live webcasting its DJ sets from DNA Lounge to the virtual world of Second Life, where Bootie SL takes place at Club Republik, one of SL's longest-running "virtual nightclubs." But tonight, Bootie Second Life comes to Real Life, as the party at Club Republik gets projected on the DNA Lounge's big video screens. Bootie SL's Keela Latte hosts.

Bootie house band Smash-Up Derby hits the stage at 11 PM, while drag singer Honey Mahogany belts out some Amy Winehouse for the live Midnight Mashup Show. And in the upstairs room, DNA Lounge's long-running club Meat takes over, serving up hearty, sliced-and-diced versions of their aggressive industrial, electro, and EBM sounds. Be prepared to take it a little harder on the dance floor, as they put some Meat in your Bootie!

Launched in 2003 in San Francisco by DJs Adrian & Mysterious D, Bootie was the first club night in the United States dedicated solely to the burgeoning artform of the bootleg mashup -- and is now the biggest mashup event in the world, with regular parties in several cities on four continents. Keeping your brain guessing and body dancing with creative song combinations, Bootie mixes and matches every conceivable musical genre, era, and style into one big dance party where everyone feels welcome, providing the soundtrack for the A.D.D. generation... and free mashup CDs, given away like candy!
Photo Gallery: 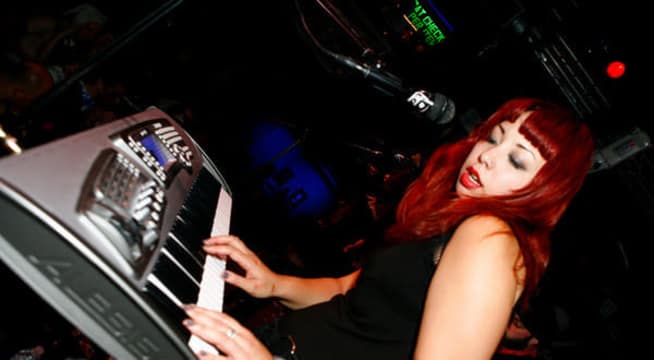 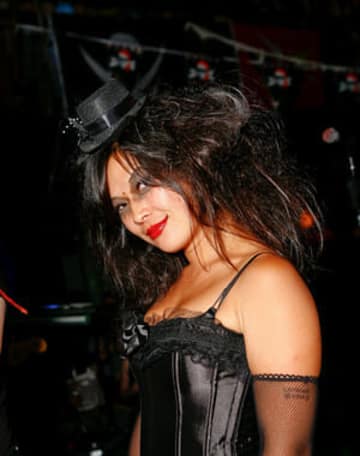 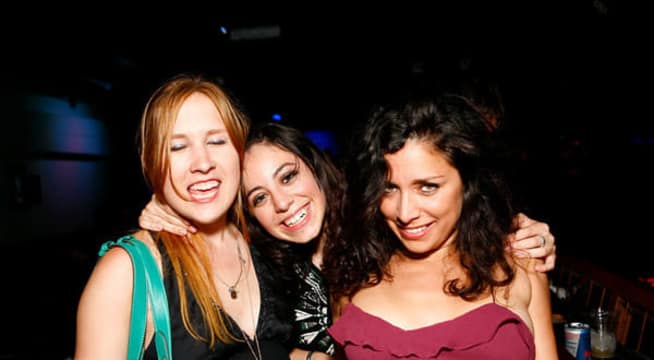 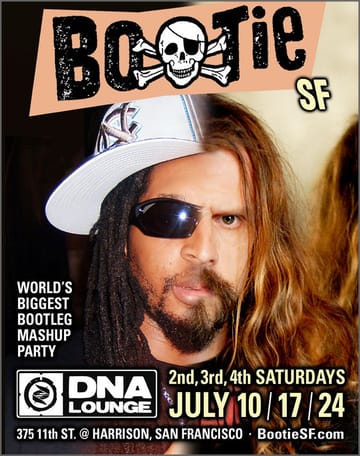