Rob Metal
Before there was Kool Keith, Old Dirty Bastard or 2 Live Crew -- before there was hip hop, for that matter -- there was Blowfly, performing X-rated songs with a funky groove. Born 60 years ago in Cochran, Georgia, Miami's Clarence Reid has recorded more than 40 albums during his illustrious career. He got his nickname as a child when his grandmother, after hearing him sing dirty versions of then popular songs -- like "Suck My Dick" for "Do The Twist" -- proclaimed, "You is nastier than a blowfly." 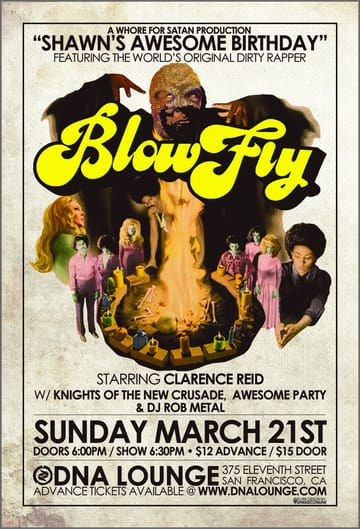 Blowfly
2010 Best of the Bay:
"Best Whore for Satan"
Past related events: