In the main room: "All Things Bauhaus"! Dancing to the best from Bauhaus, Tones on Tail, Love & Rockets, and Peter Murphy in music and videos, plus the rest of the best of New Wave.

In the lounge: Death Guild! New and classic goth and more with DJs Melting Girl, Decay, and Joe Radio.

This is our last event before DNA Lounge is forced to close down for most of January... So come get your DNA fix now!
New Wave City is the first & foremost 80s dance party, devoted to the best in alternative dance music from the New Wave era of the late 70s and early 80s. Each event features a tribute to one of the seminal acts of the period. You'll hear songs from the featured artist throughout the evening as well as the rest of the best of New Wave. 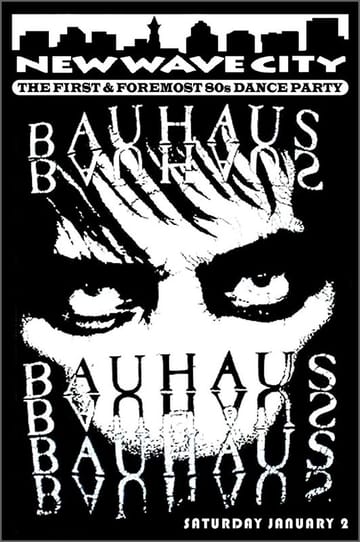