Resident Bootie DJs:
A Plus D
Dada
Spinning holiday mashups throughout the night!

Free mashup CDs to the first 100 people through the door! Wear a Santa hat, and get the brand-new "A Very Bootie Christmas 2" CD!

Get ready for your close-up! This Bootie will be being filmed for a major Christmas Documentary film!
It's the annual Bootie Holiday Party, where we celebrate the yuletide season, mashup-style! Wear a Santa hat, and you'll get the brand-new "A Very Bootie Christmas 2" CD! Resident DJs Adrian & Mysterious D will be sprinkling their sets throughout the night with holiday mashups! Live house band Smash-Up Derby will be doing their special Christmas set, featuring a cameo from our very own Drunk Santa! For the Midnight Mashup Shows, John!John! & Jason will perform "Xmas Dick In A Box," and The Indra will be doing a sexy burlesque number to "Santa Baby." Upstairs, it's the Fandango Xmas Lounge, with guest DJs Malderor, Mad Murdock, and Olde Nasty. Plus, it's a Santacon after-party, so expect plenty of drunks in cheap Santa suits! Don your gay apparel -- this Bootie is being filmed for a major Christmas documentary! Merry Christmash! 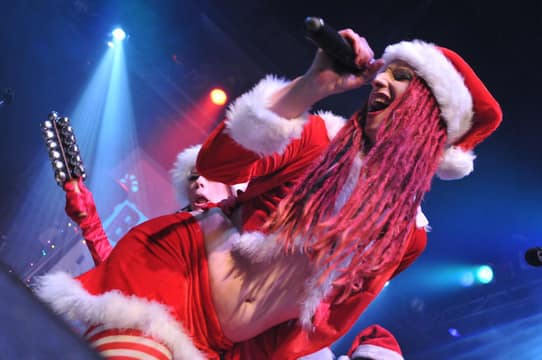 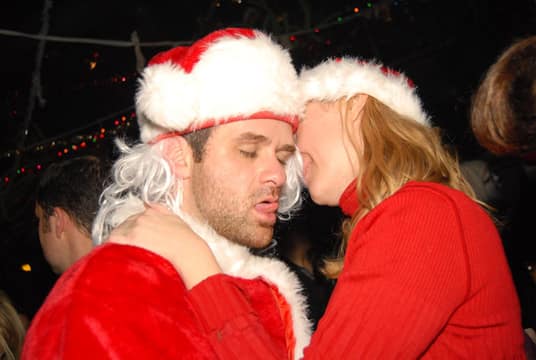 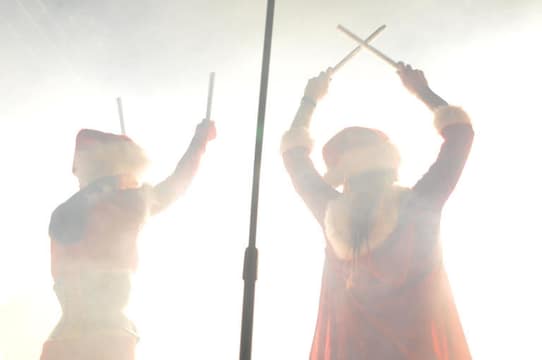 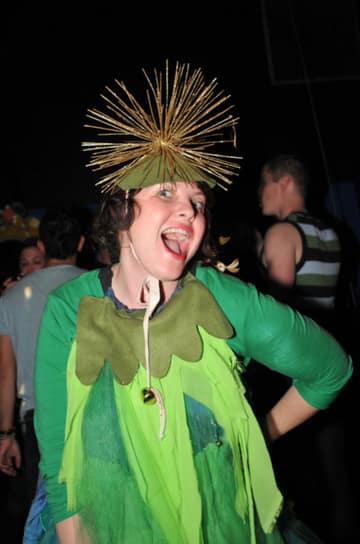 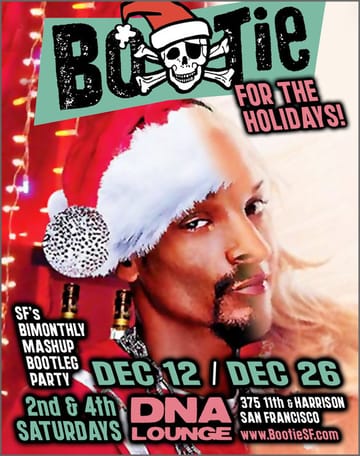