Play Rock Band on the main stage!
Win awesome prizes in our raffle!
And much more!

If you would like to perform on the main stage, please pre-order either the Standard Band Package or the Ultimate Band Package -- availability is limited!

Update: The Ultimate Band Package is now sold out! Some Standard Band Packages are still available!

The cost of all packages is donated completely to Child's Play Charity except for VIP Table Service, of which $60 is donated.
Ümloud! is a fundraising event for Child's Play Charity, which provides videogames, toys and financial support to children's hospitals around the world. You'll be able to play the music videogame Rock Band 2, which features nearly 1000 different songs, on the main stage in exchange for a modest donation. Free-to-play Rock Band 2 and The Beatles: Rock Band will be upstairs in the lounge.
Photo Gallery: 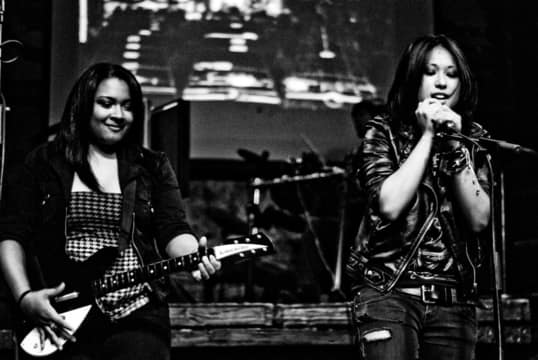 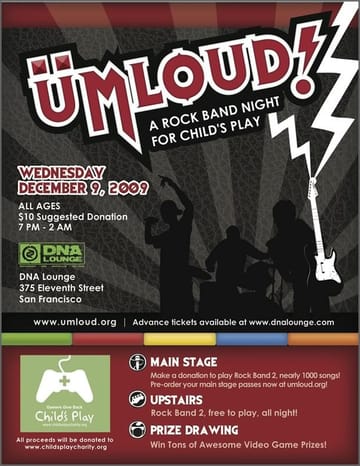 Ümloud!: The True Story of a Fake Rock Band
Past related events: