brokeNCYDE
Breathe Electric
Watchout! There's Ghosts
Blood on the Dance Floor
"BrokeNCYDE might only have a few years of crunkcore under their belts, but they've already generated more controversy and venom than most bands will receive over their entire careers.

Unimpressed by their unique blend of crunk and screamo and lyrics like 'You make my peepee hard' and 'Eenie meenie miny moe / So much bitches at our shows,' critics have called them everything from 'fucking horrendous' (Metal Edge) to 'a near perfect snapshot of everything that's shit about this point in the culture' (Warren Ellis).

It's almost impossible to exaggerate the level of antipathy that Se7en (vocals), Mikl (vocals), Phat J (synths, guitars) and Antz ('fog machine and lights') have generated in their young lives." -- CHARTattack
Photo Gallery: 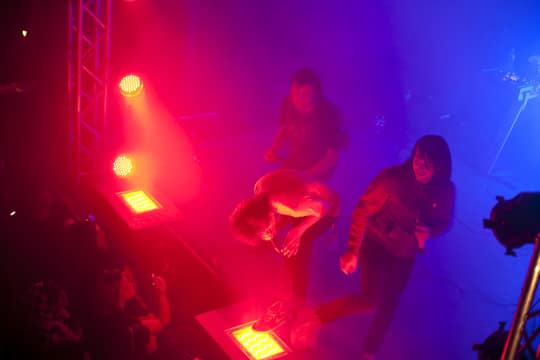 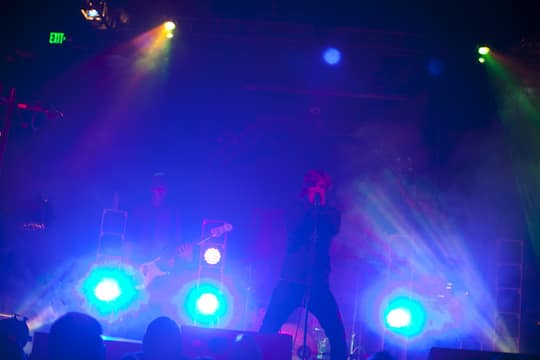 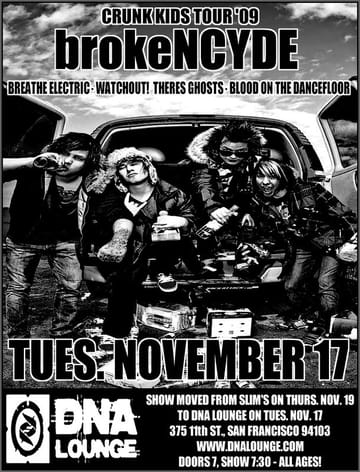