Decay (Death Guild)
Lexor
Submerged in the most polluted city of the world, where violence is routine and where human relationships become more and more distant, Erk Aicrag and Racso Agroyam incited to express their feelings through the technology given to the influence of varying currents of electronic music mainly by Skinny Puppy they began their trajectory in 1989 in a called project "Ninera Degenerada" with some friends. Things were changing and in 1992 they were forming the concept of what any day seriously would be Hocico. 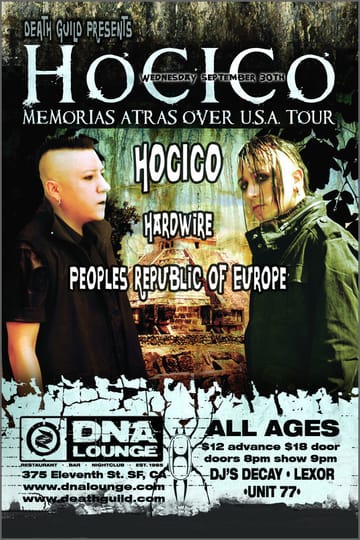