Free mashup CDs to the first 100 people through the door!
Hailing from New York City, DJ Lobsterdust is not only one of Pitchfork's favorite mashup producers -- he's also one of ours! As a frequent guest DJ at Bootie NYC, Lobsterdust spins eclectic sets that run the gamut from indie, rock, electro, pop, hip-hop, and several points in-between -- which is why he's spinning sets both on the main floor and in the upstairs Electro-Bootie, our monthly "club-within-a-club" showcasing electro bootlegs, remixes, and covers, where he'll be joined by DJ Mad Murdock on the decks. For the Midnight Mashup Show, dance crew Funk4Soul will hit the stage with their hip-hop moves. 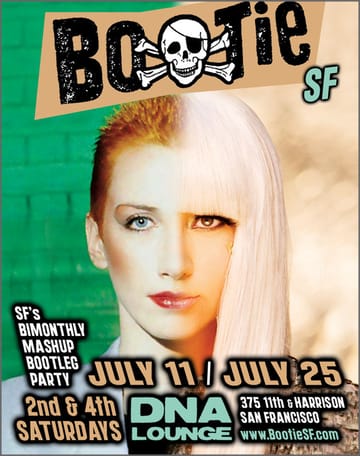