Fashion show by Soul on the Runway.

Canned food donations accepted at the door for the "Music 4 Hunger" benefit.
It's the arrival of British soul icon Omar! In the 1990s, before Amy Winehouse, Estelle and Adele redefined the British neo-soul sound, Omar brought England's R&B stateside and built a loyal and dedicated following. Now, after the British soul resurgence, Omar comes to the US to remind fans where the movement began.

Omar has worked with the likes of Stevie Wonder, Angie Stone, Common, Erykah Badu and Estelle, among others. He has been making music for more than 21 years. He has been the darling of soul lovers since the start of a successful 16 year recording career, and received rave reviews for his latest album, Sing (If You Want It). 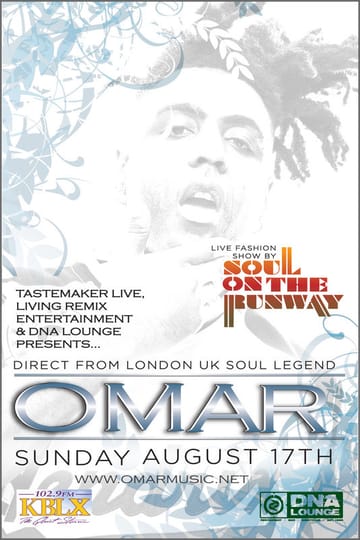