Decay (Death Guild)
Intoner (Death Guild)
And One, the popular synth-pop band from Germany, formed in 1989 after Chris Ruiz and Steve Naghavi met in a Berlin disco. They were both fans of Belgian EBM music, so they decided to play together using only a drum machine and two keyboards, like their musical idols Depeche Mode had. The duo met success rather quickly after that.

Sung in English and German, their album Bodypop revolves around love, lust and obsession. The up-tempo album features poppy melodies and bouncy beats, merged with deep vocals to create a light-hearted feel. Poppy, bouncy EBM meshed with a healthy dose of synth-pop, it showcases their signature blend of electronic music.
Photo Gallery: 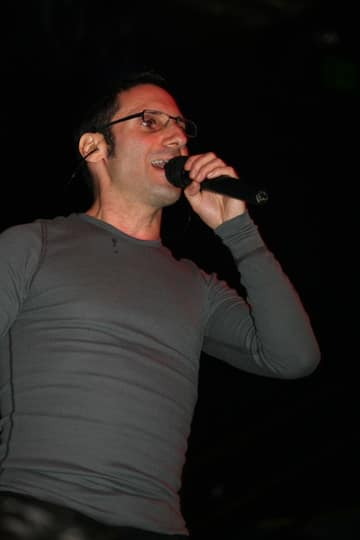 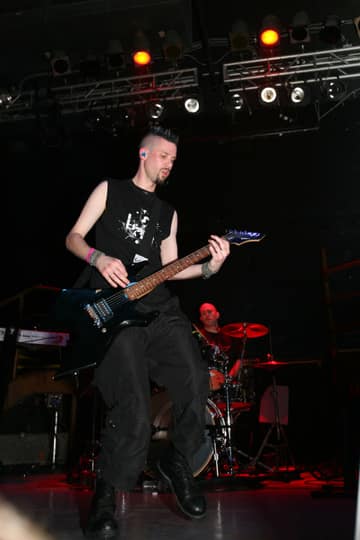 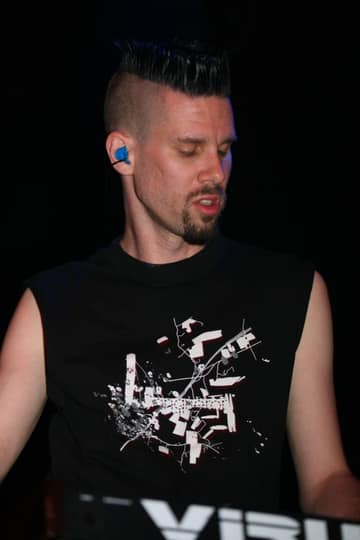 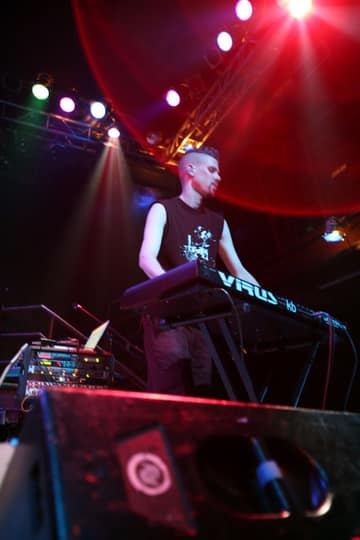 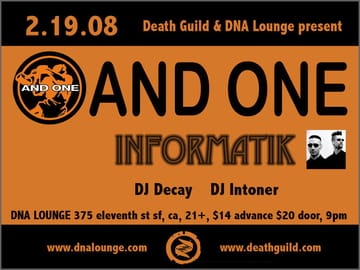