DNA Lounge has four separate sound systems in each of our four rooms.

All sound system control and routing is provided by a BSS Soundweb London BLU-100 12×8 digital processor. This is a signal-processing computer that digitally simulates all of the crossovers, compressors, equalizers, etc. used in the PA. By using this, we're able to have a single sound system that serves double duty as both a dj system and a live system, since it can be completely reconfigured at the press of a button.

The dj station, front-of-house sound board, and lighting station are located on a raised platform above the dance floor, with a clear view of the whole main room.

The Above DNA sound system is similarly controlled by a Soundweb London BLU-16, and simple lighting controls are integrated into the DJ coffin.

The two upstairs back rooms ("Lounge" and "Dazzle") each have their own DJ sound systems as well.

More details on the physical layout of the rooms can be found on the Facilities page. 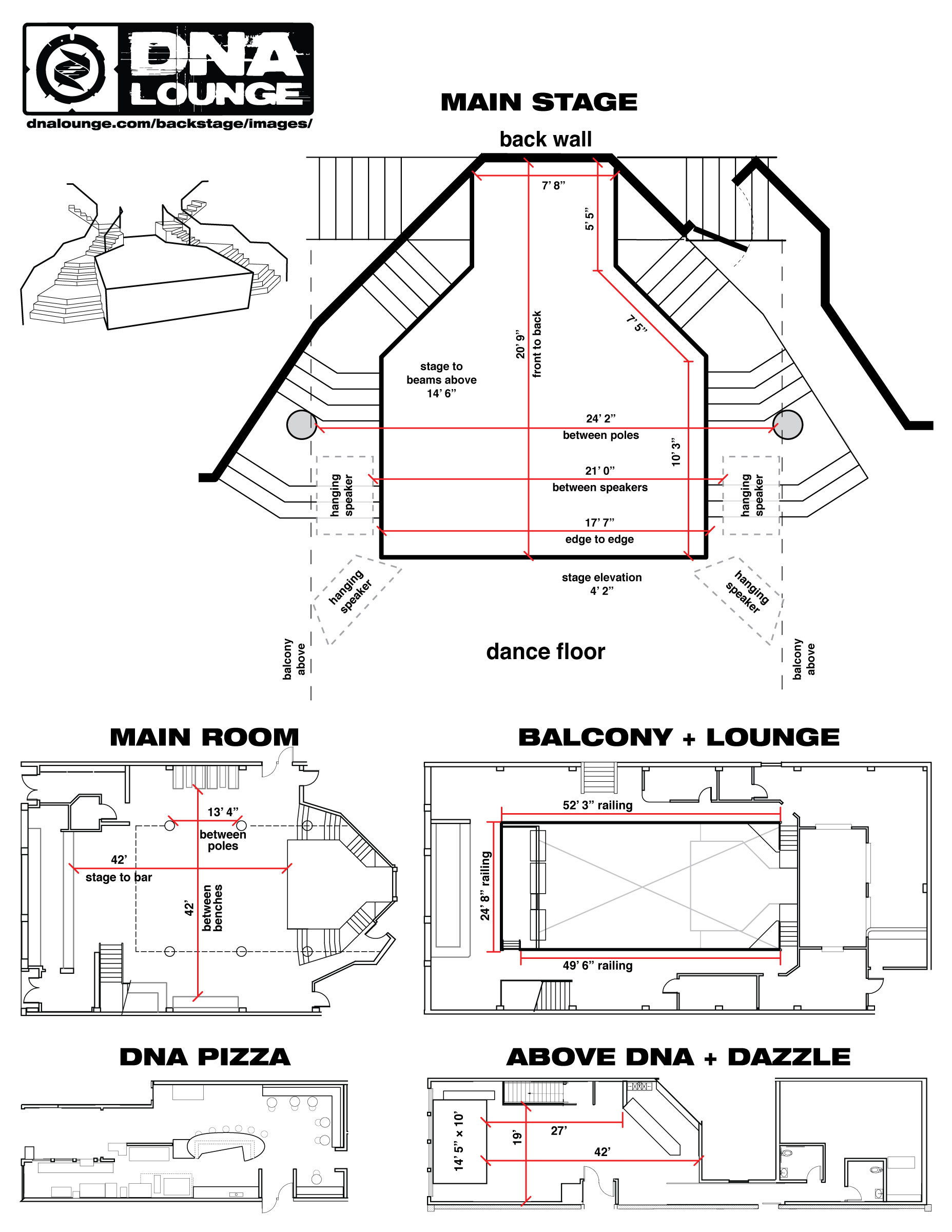 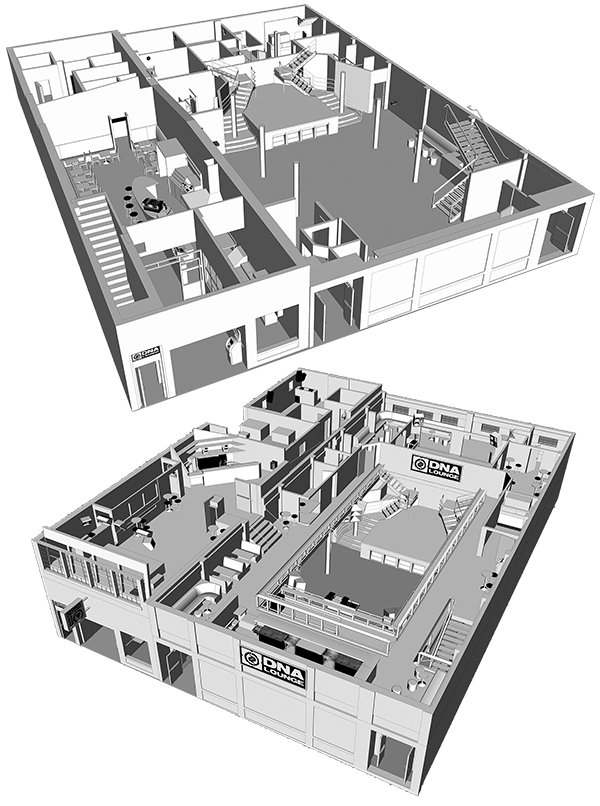