Sometimes we get soft spots in the floor, typically where liquids pool and can't evaporate. The floor underneath the photo booth got particularly destroyed, after only a couple of years of the booth sitting there. And the floor under the ATM was also pretty bad. When that happens, sometimes we can just use this stuff called "Rot Stop" which is a two part epoxy that is runny enough to penetrate pretty deeply into the wood and makes mushy, soft wood as hard as a rock. It's pretty magical. 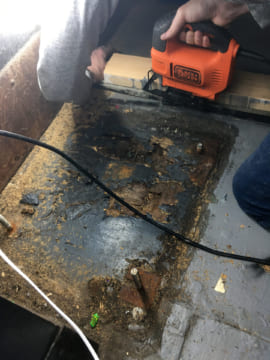 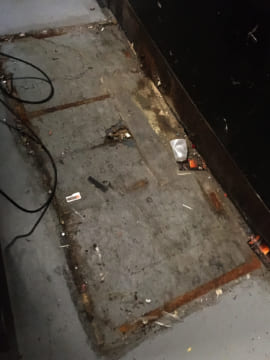 But when the area is too large, it's time to just cut it out and pour concrete. Mostly these aren't in "dancing" areas, so that's fine, but it does move the wood/concrete interface farther out into the room, which is not great as that's where things tend to go wrong in the future. 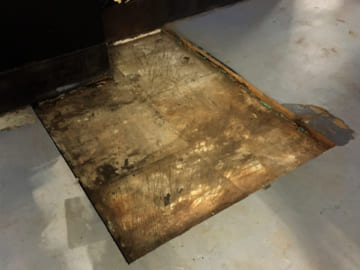 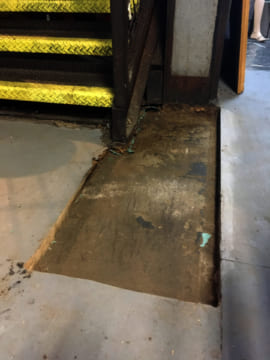 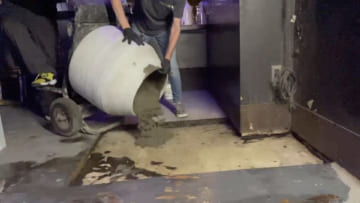 Check out these sweet fractals we found under the floor! I think the first one is a mycelial network (though we can't activate our spore drive for some reason) and the second is from termites. 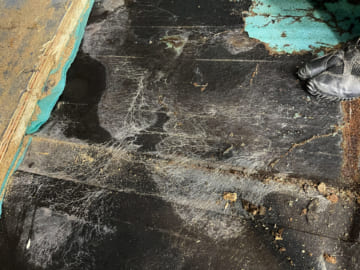 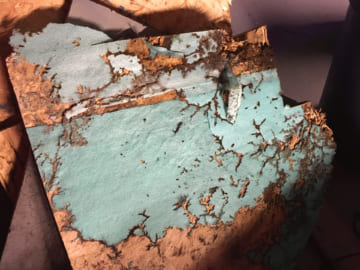 It's been a little while since the room didn't look like a construction site: 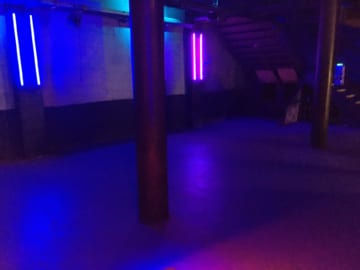 Oh, and some City money finally showed up! Given all of my bitching about how none of the various recovery programs had paid out anything, I thought I should mention that one finally did. There's a program called "Jobs Now" that will subsidize a few months of payroll for laid-off SF residents whom we re-hire. It finally kicked in, so we were able to bring a few people back to help us get to work on some of the stuff we need to do to get this place open again.