<< 6 May
16 May >>
DNA Sequencing
with your host
Jamie Zawinski
9-May-2020 (Sat) Wherein DNA Lounge brand Whiskey and Bourbon have arrived!
This took longer than we expected, but they have finally arrived! Available for pick-up or delivery from DNA Pizza! 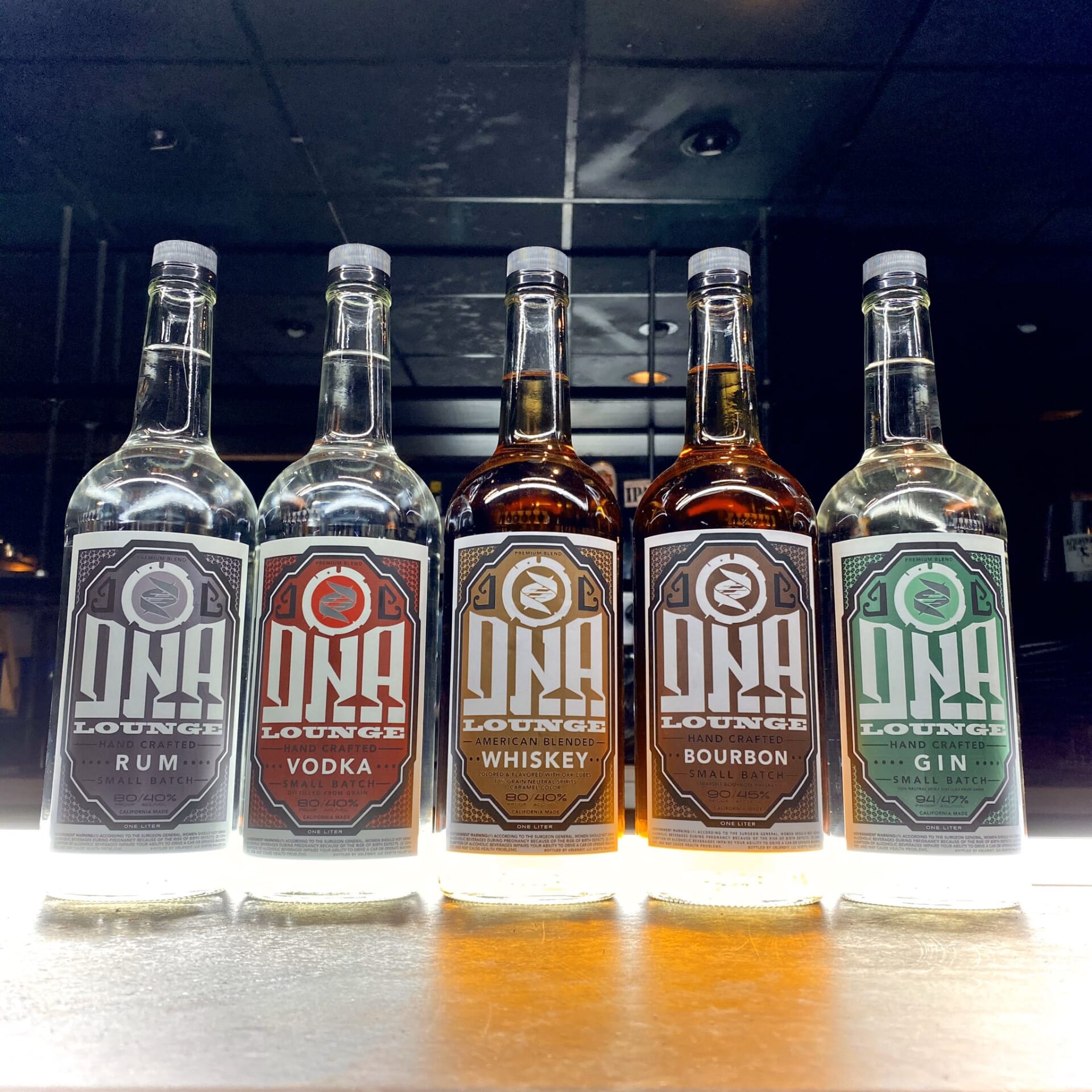 Speaking of delivery, a few weeks ago San Francisco ordered the various delivery services to reduce their fees from their criminally extortionate 30% to a still-extortionate 15%, and I predicted that they'd find some loophole or some other way of keeping those fees high. But, to their credit, they all seem to be complying with the 15% cap. Or, if they aren't, they've hidden it in a way we haven't spotted yet.

"Wow, these companies are obeying the law!" is faint praise indeed.

But seriously, almost no time can go by without these companies doing something just ridiculously sketchy. Remember six weeks ago -- I know, it feels like a year already -- but a mere six weeks ago was when Yelp (who own Grubhub) decided to try to non-consensually funnel more business to their partner Gofundme by creating a "fundraiser" for you whether you wanted one or not. (Don't think they're trying to "help" here, it's so that they get the service fee on that credit card transaction.) Anyway, that resulted in possibly the finest quote I have ever given to the press:

SF Bar Owner to Yelp: "Fuck All of These People Entirely"

Like many business owners across the country, Jamie Zawinski, the owner of SoMa nightclub DNA Lounge, was less than pleased to learn that a partnership between Yelp and GoFundMe meant that the Yelp listing for his business now had a fundraising button on it that he hadn't consented to. "What the fuck?" he said regarding the move in an email to Eater. "Seriously, what the fucking fuck?" [...]

"I don't really have a lot to say about this," Zawinski told Eater, except, "Fuck all of these people entirely... Really, get all the way right up in there and fuck them."

Oh, but that was six whole weeks ago. What are Yelp / Grubhub up to today?

Yelp is Screwing Over Restaurants By Quietly Replacing Their Phone Numbers

Even though restaurants are capable of taking orders directly -- after all, both numbers are routed to the same place -- Yelp is pushing customers to Grubhub-owned phone numbers in order to facilitate what Grubhub calls a "referral fee" of between 15 percent and 20 percent of the order total.