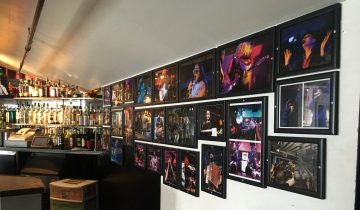 Today is the 7th anniversary of the opening of Above DNA! Our first show was Oct 23, 2012 with Happy Fangs and Books on Fate.

When we first opened, the room was extremely white. That looked pretty cool, but then we let customers in and they got their filthy footprints all over the walls, so we went with the red curtains.

And here's what the Dazzle Room looked like before we dazzled it in 2013: 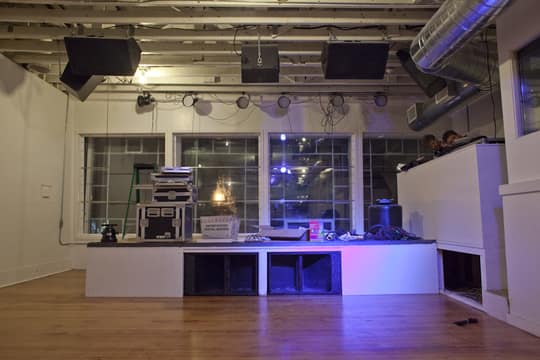 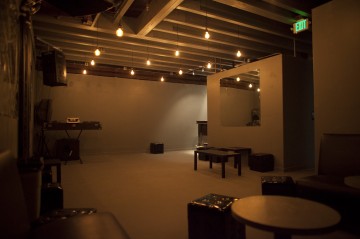 Before we moved in, that back room had been an illegal grow-house for several years, so it looked like a Dexter kill room in there, except creepier and less tidy.

Something you might not remember is that DNA Pizza was open for about a year and a half prior to Above DNA, and during that time there was no connecting door between DNA Pizza and DNA Lounge. We didn't get the permits to cut those holes in the wall until July 2012. Here's a video of the hole being cut: 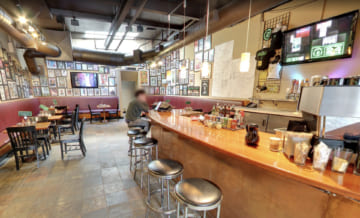 You can still see what pre-hole DNA Pizza looks like on Google Street View. Google came through one day in 2012 and took pictures of the interior. They used to do that for free, but now they charge businesses for it, so probably those old views will be there forever.

Hopefully we will be seeing you at an Above DNA show soon. Hey, how about tonight? It's the 3rd and final night of Kristeen Young's residency. Is good show, you come.