The SF Weekly Best of SF poll is up again, so vote for us, won't you?

Also we won some stuff on City Voter, which I wasn't even aware was a thing. In the "Dance Club" category, Bootie came in #1 and DNA Lounge came in at #9, because those totally don't happen at the same place and are totally in competition with each other. (But it says DNA Lounge is "probably better than some of the nightclubs in Southern California", which makes me feel we should decline this trophy.)

After all these years, how do the people who make these quizzes still not understand the difference between parties and venues? They must just never go out. They must be the person on the sidewalk yelling into their phone, "I'm at Bootie, where DNA Lounge used to be." They must be like, "I did not enjoy the film No Country For Old X-Men, so I'm giving the Westfield Mall one star."

Hey, the bill to extend Last Call to 4am has made some progress! It "passed the California Senate's Public Safety Committee -- the furthest a bill of this kind has made it in the Legislature since Prohibition". Hooray! Also the article included a picture of DNA Lounge, hooray!

Two highly notable parties this week! Tonight is the manic cartoon punk of Peelander-Z, and if you don't come see this show... you fucked up. They really are great fun. And tomorrow is Hotline, our new four room indie pop party. Thirteen DJs! Lots of telephones. 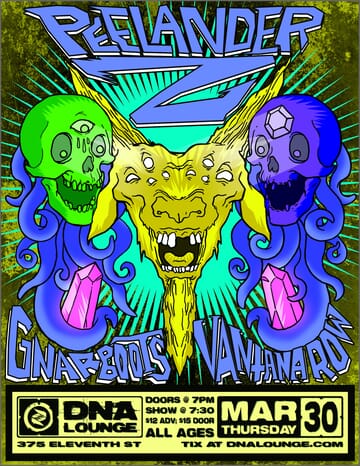 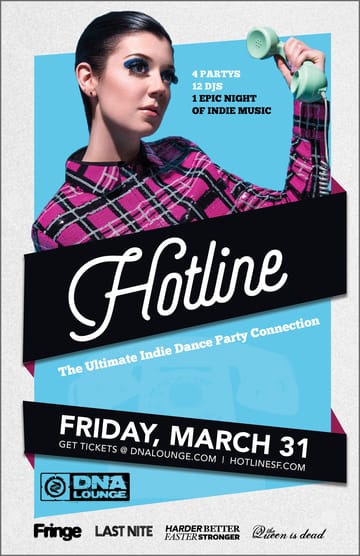