<< 1 Jun
11 Jun >>
DNA Sequencing
with your host
Jamie Zawinski
4-Jun-2016 (Sat) Wherein we had an explosive night of live entertainment.

We had three shows last night: the two final, sold out, editions of Point Break Live in the main room, and The Dollyrots in Above DNA. And then SFPD showed up at around 3:30 and interrupted our preparations with news that someone had made a bomb threat and we had to evacuate.

Apparently some genius called 911 and claimed to have barricaded themselves inside DNA "armed with a gun and a bomb". This was news to us. But they closed down the whole block of 11th Street. Apparently our guests for the day included: "the SFPD Hostage Crisis Negotiation Team, Tactical Unit, Bomb Squad, Specialist Team, and Explosive Detection K9s, along with Tenderloin and Southern Police Station personnel and SFFD paramedics." 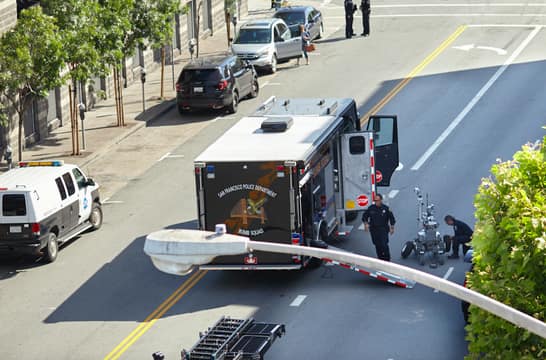 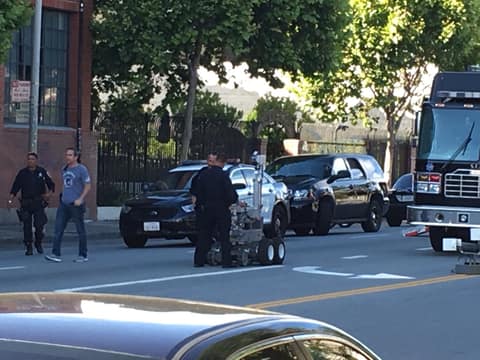 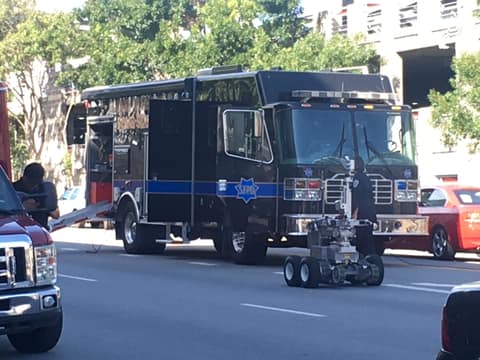 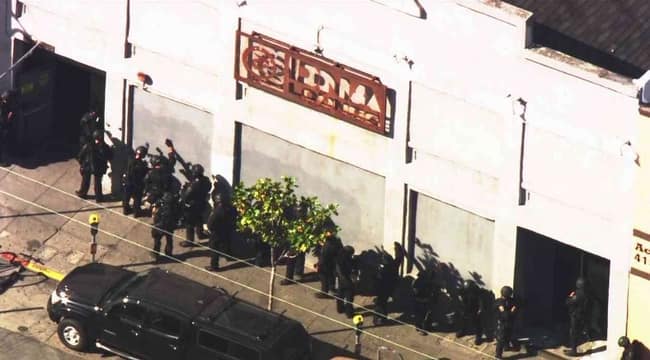 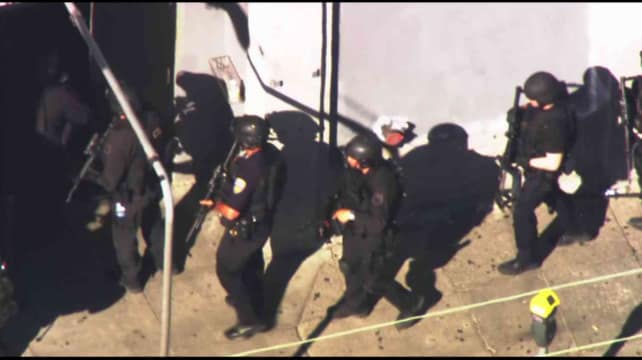 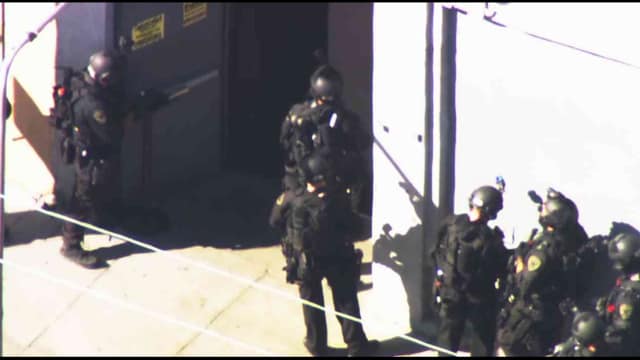 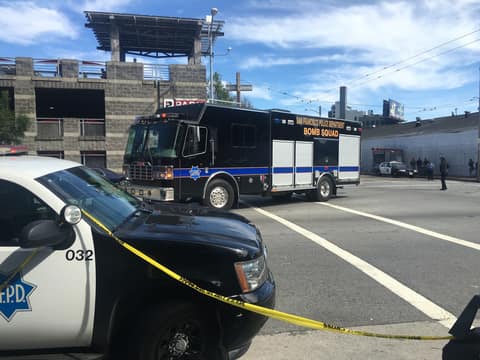 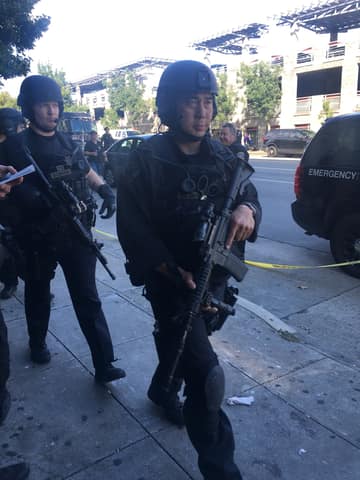 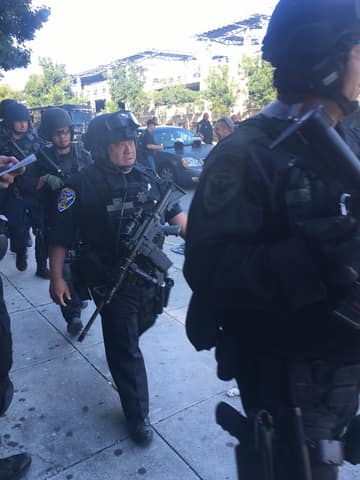 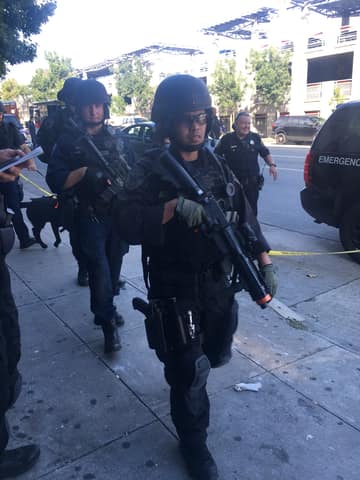 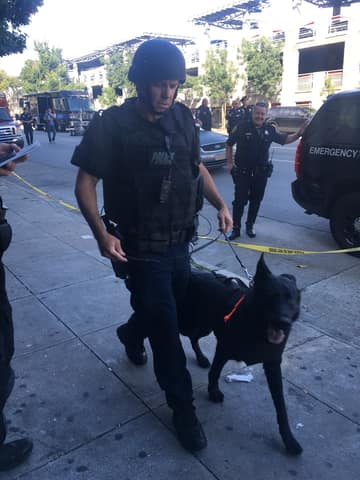 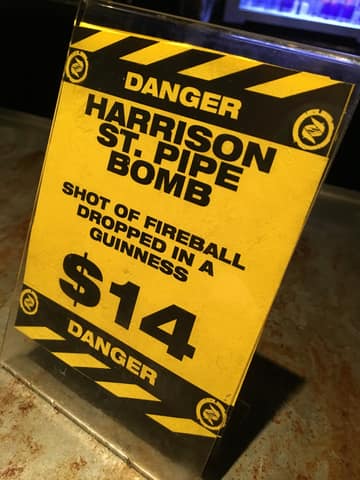 That took hours. They finally cleared out at around 6:30, and our crew busted their butts to get the shows mostly back on schedule. I think we ended up only slipping by 45 and 15 minutes. Go team!

We all watched it on the webcast, of course. I'll bet it got a lot more traffic yesterday than usual. So, Point Break was directed by Kathryn Bigelow, who won Best Picture for The Hurt Locker, a movie about... a bomb squad. Point Break is by far the better movie, if you ask me, but The Hurt Locker at least had some pacing, unlike the version we watched on the webcast. Ours was more like Ingmar Bergman's "The Hurt Locker"... which I now present for you in its entirety:

You can see the roomba-like bomb robot (boomba?) start rolling around the dance floor at around 0:12:00 and 0:15:00. Things really get exciting when the dog comes it at around 0:23:00. That dog looked so happy! Clearly it was the only one enjoying this.

I hope it was a legit service animal, though. I think it's cruel when people bring their pets into a nightclub.

"So Kate, tell us what happened there."

"NOTHING. NOTHING HAPPENED," she did not say, because that's not how television news works. "Some jackass made a prank call," she did not breathlessly add. "Your tax dollars were used to pay twenty police officers who look like soldiers to wander around a closed nightclub with automatic weapons for three hours", she did not conclude.

Anyway, if you have any information on who was responsible for this, SFPD would very much like to know:

The Southern Station investigation team is hoping that someone can help them with any information about this person who made the threat, and you can do so by calling the SFPD's anonymous tip line at (415) 575-4444 or by texting a tip to TIP411 and begin the text message with SFPD.

Oh, all three shows were really great, by the way. I'm going to miss Point Break Live a lot.