You may have noticed that the parklet walls have gone up! There's still a bit more to do before it's habitable, but it's looking pretty great so far.

The guys who cut the steel were supposed to etch numbers into each of the fins as they cut them, but they didn't. Since every one is different and the placement is important, that means Jason and I had to spend a couple of hours laying them out on the floor and comparing them to the paper key. "Does this look like 37? Or more like 13?" They took up almost the entire dance floor. 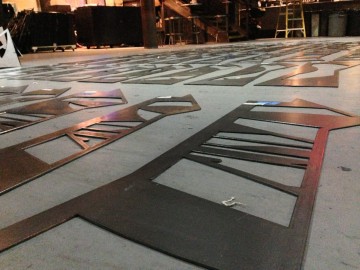 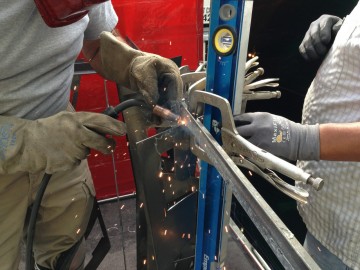 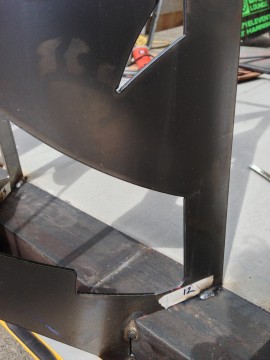 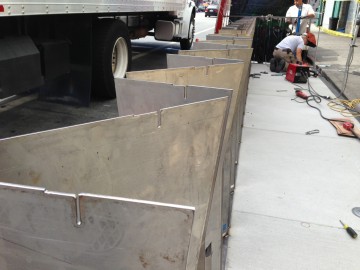 With the bagging of the speakers, the dazzle room is now complete! This battle station is now fully operational. So many of you scoffed, so many of you doubted my brilliant plan. Hah. HAH! 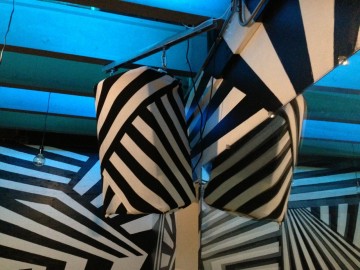 Also note the cool uplighting in the rafters. We've been going nuts with these thin, flexible RGB-addressable LED strips for accent lighting like this. They're super cheap, low power, and if they last a week, they'll last ten years. Their color isn't fantastic, but for architectural lighting it's great.

We also upgraded the cage around the counterweight for the sliding door. The old one was this shiny ugly thing made out of plumbing hangers. We found these giant U-bolts for holding axles on trucks to use instead. They match the aesthetic much better. 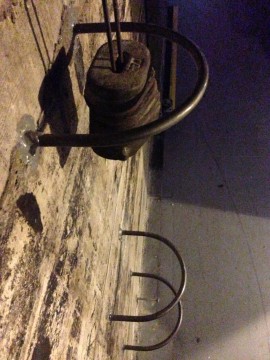 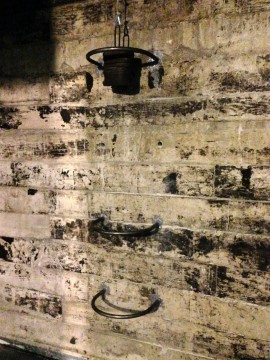 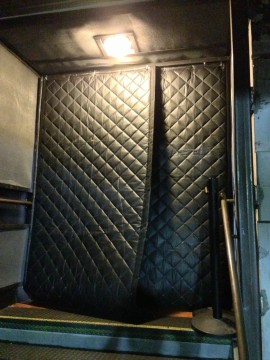 And in that last photo are the sound curtains that we sometimes hang up in the alcove leading to Above DNA. We do that when we have a loud show in one room and a quieter show in the other, as we did yesterday (there was a band upstairs while Mortified was going on in the main room.) They do a good job of killing the sound bleed, but they're ridiculously heavy and inconvenient to put up and take town. I wish we had a better solution to that, but it's hard to soundproof doors when they have panic hardware on them.