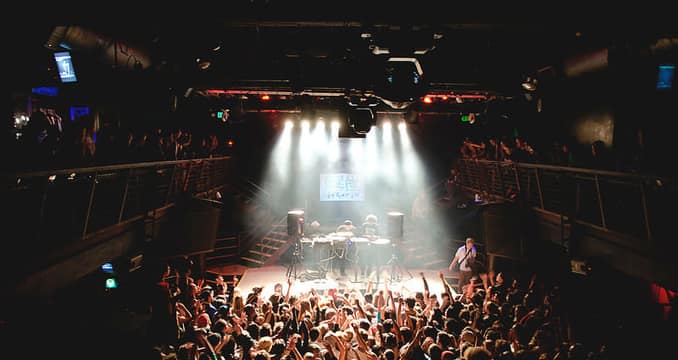 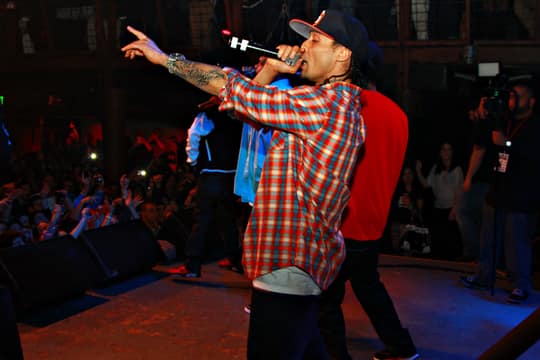 We had two sold out shows this weekend! I like it when that happens.

When we sell out, we always hold back a few tickets to sell at the door, so this means that people show up early to try and get those. This time, Barry had a great idea: he said, "Instead of all these people standing around on the sidewalk waiting to get in, why don't we let them stand in front of a bartender?" So we opened Above DNA about an hour before doors and let them hang out there until the main room was ready. That Barry, he's a thinker.

The Bone Thugs show was probably one of the most "well-documented" events we've had since Blow Up. It seems like every single person in the audience was trying to record the whole thing on video. Devon said he counted 50 cameras in the air before he lost count. There are already dozens of videos of it on the Youtubes, and in most of these videos the bottom third of the screen is a sea of other peoples' phones recording the same thing. The show was a DJ with five MCs just kind of standing around. Pretty dynamic. 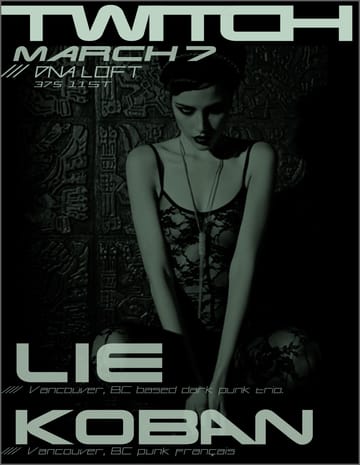 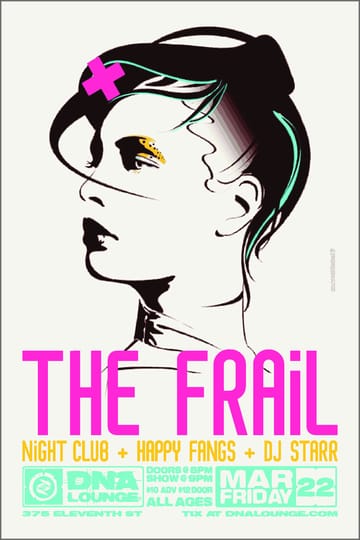 We have two editions of Twitch this month: normally it's on first Fridays, but this month it's on Thu Mar 7 and Fri Mar 22, because of the bands' availability. These shows should be cool. You should come.

Also, we recently booked a couple of tribute bands: a Led Zeppelin tribute and a Daft Punk tribute. (Ok, so let's let that last one sink in. What is a Daft Punk tribute like? I'm guessing it's, "wear blinky helmets"? I'm sure they press play exactly like the real thing! We shall see.)

Anyway, I mention these shows because I just want to put it out there that I think both shows would be awesome were they to trade set-lists. I don't think I'm going to get my wish, though.

More Dazzle is in progress as we speak. This is how the magic happens: 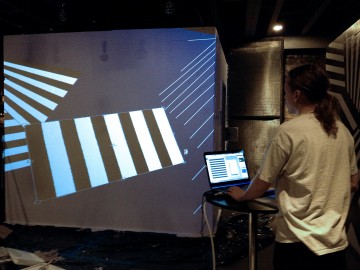