After seeing it in action for a couple months, I wasn't really happy with how Room Four turned out. It was just too plain and unfinished looking. So I set the minions on a new project: paint the whole thing in dazzle camouflage, floor to ceiling. It's that sweet spot between Cubism and Naval warfare! 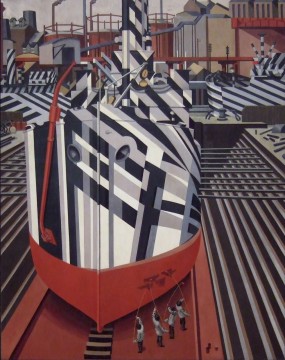 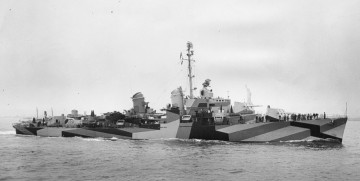 The trick is to point a video projector at the wall, then trace it. But it's going to take weeks. They've gotten one small section finished so far, and I love it. With all the mirrors in that room, it's going to look amazing. 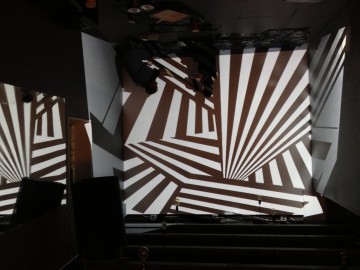 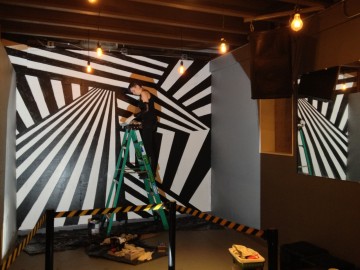 It might be a little reminiscent of the Keith Haring mural that used to adorn the walls of the lounge. History! 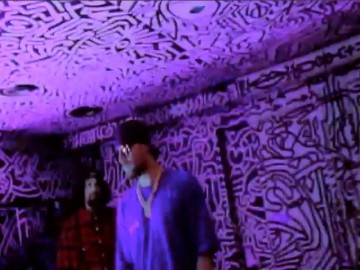 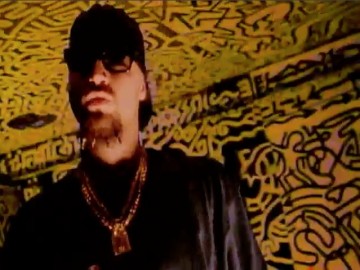 Dazzle Ships, in addition to being the best album by Orchestral Manoeuvres in the Dark, were military vessels early in World War II that were painted not to conceal but to confuse: with these overlapping stripes, it was very hard to estimate size, range and heading. This was a big deal before the invention of Radar. Here, watch this informative video on Naval Fire Control Computers from 1953: 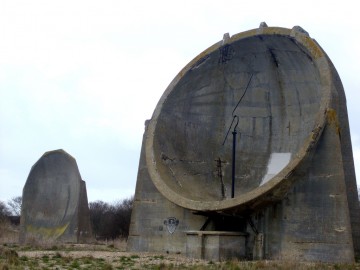 A related pre-Radar trick were the Sound Mirrors, which incidentally is a really good song by Clock DVA. But we don't have any of those. Yet.

We're also hanging miles of dark red curtains in Above DNA. I really like how that room looks all white, but what I don't like is how much time and money it takes to keep it clean. It gets scuffed so much we were repainting it almost weekly, which is just too much work.