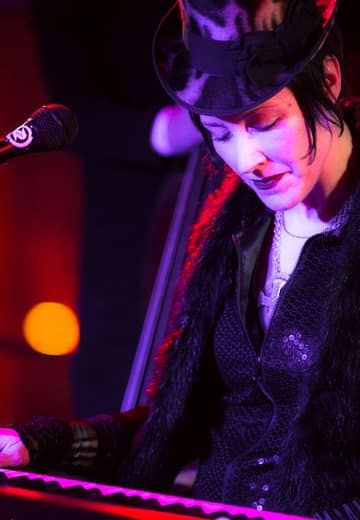 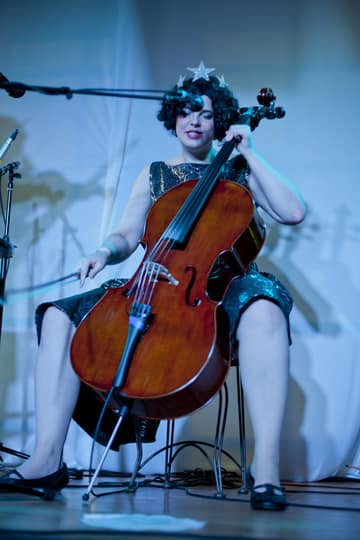 This Can't End Well + Victoria and the Vaudevillains 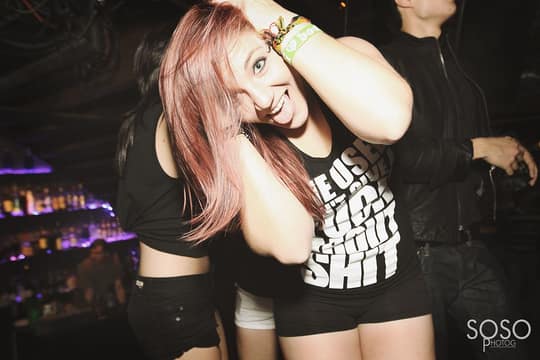 The End was pretty crazy -- it was all four rooms, and they filled them. They spent all day (like, six hours) building this Mayan pyramid thing out of plywood on the main stage: it was two levels, so Zion I was rapping at the normal stage level, and his DJ was like 8' above him.

This Can't End Well covered Shut Up Woman Get On My Horse, a song that is near and dear to us here at DNA Lounge. I'd tell you to listen to it on the webcast, except, ha ha, no webcasts yet from Above DNA. Maybe soon. I dunno.

The Above DNA shows have been lightly attended, but it still feels really good up there. It's the right-sized room for the kinds of shows we've been getting so far. We don't really know yet what the maximum comfortable capacity of that room is, because we haven't reached it yet. Funny thing: the last four shows we've had up there had attendance of 74, 78, 74, and 77 respectively. I'm noticing a pattern.

Also we have just booked a last-minute 18+ dance party for this Wednesday, the day after Christmas. This was supposed to be some party up in the Santa Cruz mountains that is going to get rained out, so they moved it here.

That means we will have only been closed two days in all of December! Wow!

So, you know, if you're looking for something to do this week, we've got you covered.

The $20 tickets for Bootie New Years Eve are sold out, and the $30 tickets are going fast! It will go up to $40 soon, and will sell out shortly thereafter.