The roofers were here today with their tar and their torches. The new dormer for the stairs is now soundproofed and sealed, and the new penetrations for drains and vents are closed up. 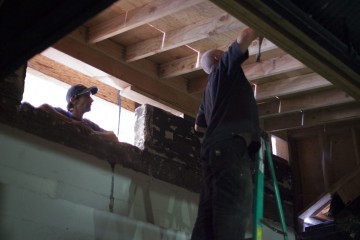 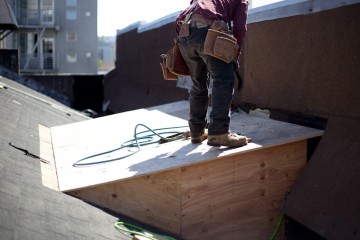 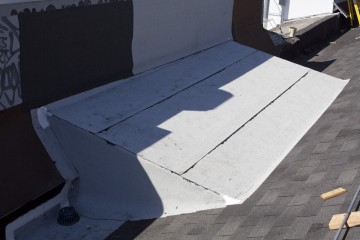 Of course, the plans already had us building a second wall inside this wall, presumably because our structural engineer didn't much like that wall either, and maybe at this point we don't need that second wall, but it's probably cheaper to just build them both and let left-hand and right-hand continue to not talk to each other than to spend the time to work it out in a saner way. The saner way would involve having the structural engineer change his plans, and then get that change approved, and days would go by, and, oh, fuck it, we'll just build them both. 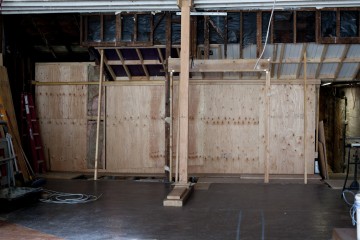 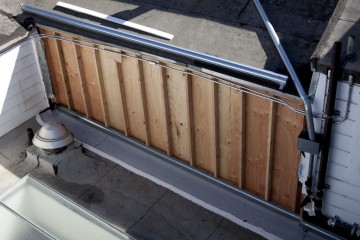 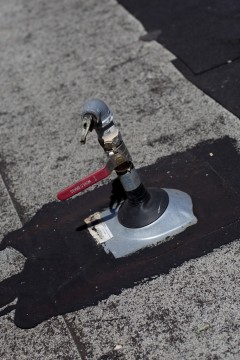 Remember that scene at the opening of Blade where they're having a rave in the basement and then blood comes pouring out of the sprinkler system? Of course you do, because like me, you have an encyclopedic knowledge of every nightclub scene in every movie ever made. You don't? Must be a professional hazard, then.

Anyway, I'm pretty sure this valve here is where you plug in the blood tanks.

In case that ever became necessary.

I'll just note here that it's less than four months until Halloween.