As usual, right after the Weekly's "Best of SF" comes the Guardian's Best of the Bay. Go vote for DNA Lounge, DNA Pizza, and our various alumni, ok?

Phase One of the soundproofing of the windows on the second floor is complete. First we repaired the cracked panes in the existing windows with auto-glass-repair glue -- because $6 sounded better to me than $1,500 to replace them. Then, we had another layer of glass added on the inside. It's almost impossible to tell in this photo, because it's almost impossible to tell in real life! When I walked over to take a look I wondered when they were putting the new glass in, but they were already half done. It's totally invisible. 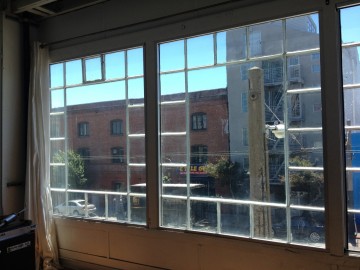 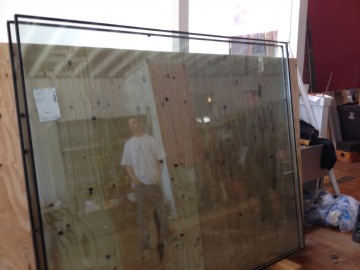 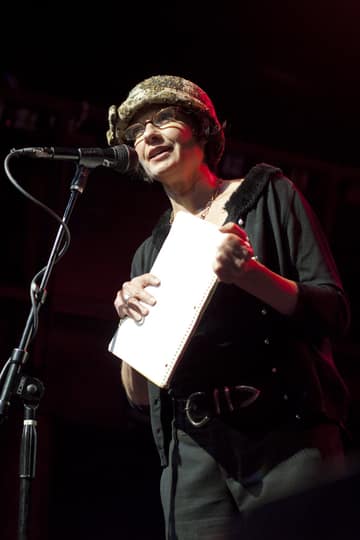 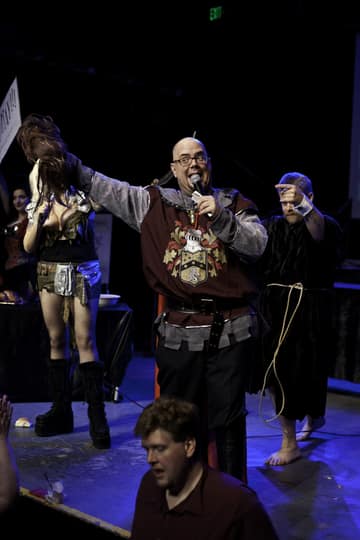 The new panes are made of two sheets of 1/4" laminated glass, in a sealed frame with a vacuum between them. "Laminated" means that it's several sheets of glass of varying thickness glued together. Apparently the discontinuity between the sheets helps break up sound more than a single sheet of the same thickness would. So, the sandwich so far is: old glass; air gap; new glass; vacuum; new glass. Phase Two, if it turns out to be necessary, will be to add another window on the inside at a slight angle, to break up sound reflection further. That will be the side that people bump their gear in to, so that layer will have to be easier to repair...

Hey, you all know I'm still doing those mixtapes, right? About an hour and a half of new music a couple times a month, in music video form. I just released #118. I don't usually bother announcing them here, but there's an RSS feed and so on.