Our espresso machine is back, and it works! We had been using a loaner for the last month while ours was being repaired. So that first guy who told us that it was a paperweight was wrong. The new guys had to cut the end off of one of the pressure vessels and replace the end. Their theory for how it cracked in the first place is that that this machine was left outside, full of water, in below-freezing weather. So, don't do that. 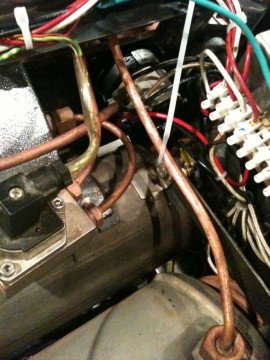 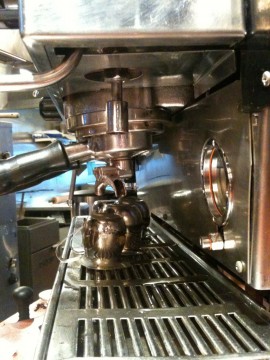 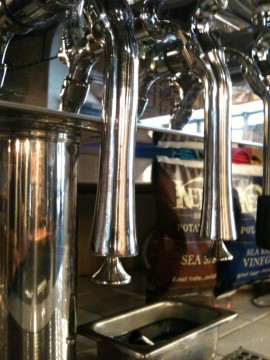 That third picture up there is of a new dingus we're experimenting with. Someone sells these extensions that attach to the beer pour spouts that let the cup fill from the bottom instead of the top, resulting in less foam. They seem to work pretty well. Normally, a tap's first pour of the day requires dumping out several pints' worth of foam; these seem to bring that down to half a pint or so. It's not a huge savings, but it will add up.