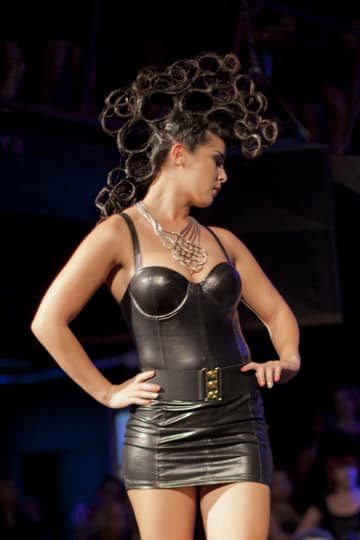 Photos are up of last night's SFIEC hair show. There were some epic constructions, as usual! 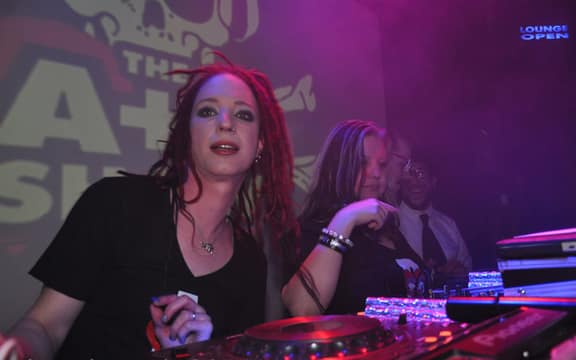 There's also a gallery of the Bootie Eighth Anniversary, about which there is also a nice article in the Amoeba Records blog:

Instead they went above and beyond the typical duties of a club promoter by putting on a huge production; one that included the SOMA club filled with festive streamers & NYE style balloons ready to drop, a full concert by their spinoff live mash up band Smash Up Derby (a bad ass six piece rocking band featuring Adrian on lead vocals) whose mixed media set included an informative history of the mashup projected onto a large screen, and they passed out 600 complimentary mashup compilation CDs that they pressed up especially for this party. They also gave away special prizes of their Bootie brand headphones.

And our bar manager Chris is opening a cafe in Oakland! Here's a write-up about it in the East Bay Express:

Looks like the Temescal cafe formerly known as SadieDey's is ready for its next chapter. WTF ducked into the space at 4210 Telegraph today to find new owner Christopher Marquez working on its transformation into Arbor, a bicycle-friendly cafe not unlike Actual, Sal Bednarz's bike refuge from San Pablo Avenue's car cluster. Marquez is a first-time business owner who plans to keep his regular gig as bar manager of San Francisco's DNA Lounge.

But Marquez lives in Oakland, and says he wants Arbor to be a family-friendly hangout, even after he gets the beer and wine license he's applied for.