Hey, we got some new stuff! Look at our stuff.

First there's the espresso machine. It arrived yesterday, and the service guy came out today and fixed a few things, but we're still waiting on a few parts, so it will probably be next week before it is pumping the magic. You were wondering what they look like inside, right? 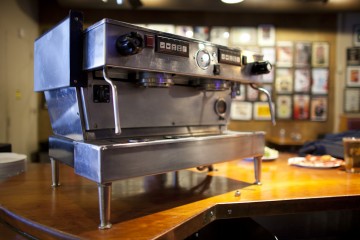 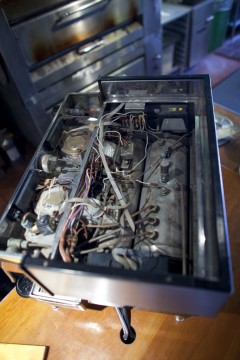 Someone told Barry, with regards to buying a used espresso machine, "It's exactly like buying a motorcycle. If you haven't driven it yourself, assume it doesn't work and the the very first thing you have to do is take it to the shop." Given how much the interior of this thing looks like a Vespa, that makes perfect sense now.

The service manual is kind of adorable, though: 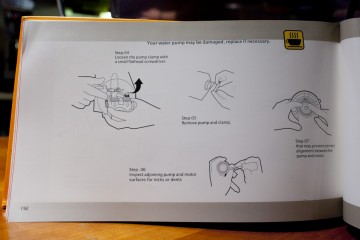 Also we have a coffee grinder. The espresso grinder is arriving in a few days. And a menu! Have you seen our giant, honkin' menu? Giant menu is giant. 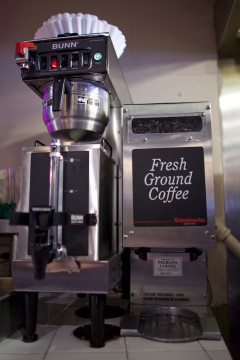 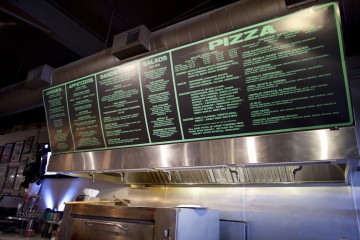 And we got some new lights! Finally, ten years later, we have a real backline, so that the front of the stage and the back of the stage can be different colors without climing up on a ladder and re-gelling and re-aiming the par cans. Jeremy replaced eight of the pars with LEDs, that are independently addressable. Also, they run off of 110v instead of needing a dimmer pack, which is nice. I hope that someday, now that we live in the future, we can replace all of our lights with these things and not need dimmer packs any more, rendering that stupid transformer and its stupid 208v power obsolete. 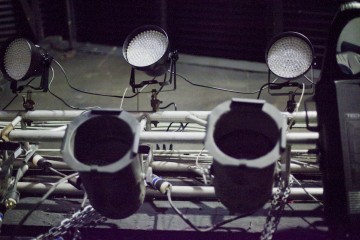 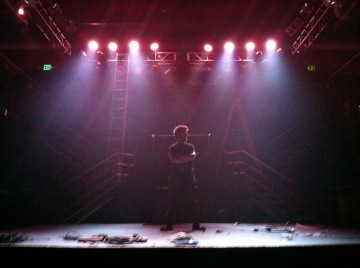 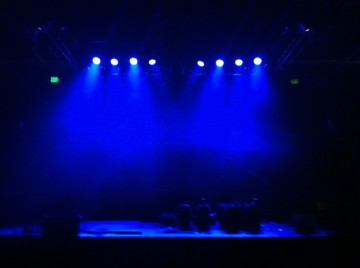 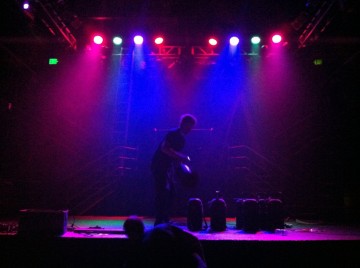 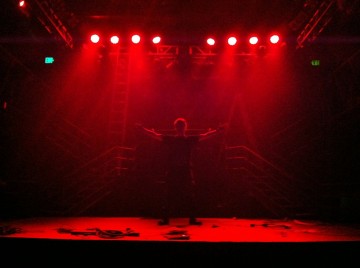