Wow, the comments on yesterday's post... I had honestly forgotten that any time I mention tipping, I am inviting responses from the Internet Spergelords who read Ayn Rand when they were 14 and never recovered from it.

That scene in Reservoir Dogs where Mr. Pink rants about tipping? You were supposed to think he was being an asshole. I think some of you might have read that one wrong.

I am sad to report that the Curse of the Sign has claimed yet another victim. Remember back in mid-April, when one panel of the DNA Pizza sign went up? Yeah, that's been pretty much the end of that. The guy who made that and was working on the remainder of it has pretty much dropped off the face of the Earth. Please do not die of non-shock.

So, we finally gave up on waiting and got some vinyl banners to hang over the half-finished sign: 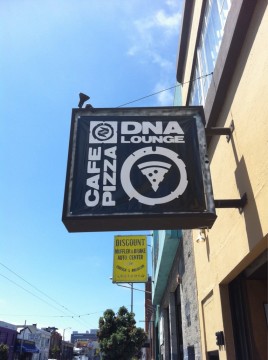 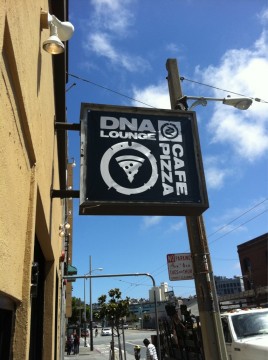 I hate this, but it's better than nothing.

We just got a real coffee brewer, shown on the left. And, even better, we just bought a real espresso machine. It hasn't arrived yet, but that's it on the right. 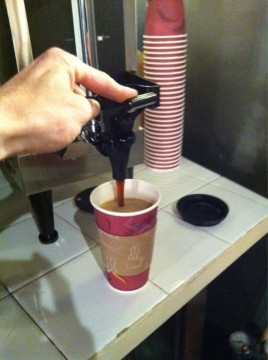 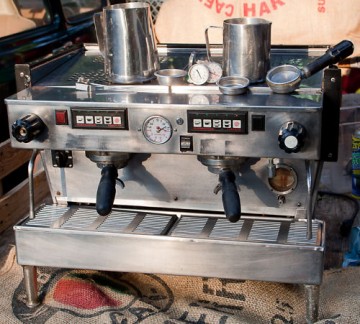 Once the espresso machine arrives, we're going to be open 24/7. If you're doing real coffee drinks, it's foolish not to be open by 6am to catch people on their way to work, and at that point -- given that we're open until 3am every night anyway -- we might as well just stay open. (Closing at 3am means staff are here until 4, and opening at 6 means staff gets here at 5, so at that point we're only talking about one additional hour of salaries...)

The risk here is that it will take months before enough people realize that we're open 24/7 and we'll be sitting empty a lot of the time.

For example, I have had my friends ask me, "when are you gonna start doing pizza deliveries?"

You know we do delivery, right? You know we've been doing delivery since the first week we were open, right?

I think a lot of you don't know that.

We've started running some ads, even though my assumption about advertising in dead-tree newspapers is that we'd do just as well by cutting out the middleman and just setting the money on fire.