We're looking for a used espresso machine for DNA Pizza. Do you know someone who has one to sell?

Specifically we're looking for a "La Marzocco Linea 2-group AA". The "two group" part means that it has two steam wands instead of the more standard three. We want that because it's smaller, and we need the room. Unfortunately, those seem to be harder to find than the 3-group. 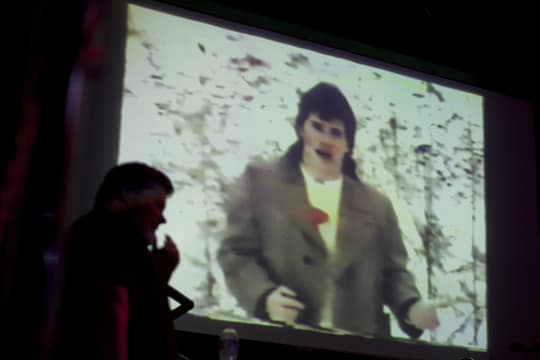 Photos of our first Mortified are up. That was a hilarious show, so many great stories! Just to pick one: one of the speakers, a white Jewish guy, told a story about his lifelong love with rap music, specifically Naughty by Nature, and shared some of his teenage rhymes with us. During this act I was standing next to Sam, DNA staffer and noted hip hop enthusiast, who commented, "Those are not the worst rhymes I've heard. In fact, those are not the worst rhymes I've heard on this stage in the last six months."

Afterward, we had the shortest turn-over ever to prepare for Blow Up. In about 15 minutes, our staff had loaded out a hundred chairs, set up a drum kit, and cleaned the floor. It was like a magic trick, it was really quite impressive. They did a great job. 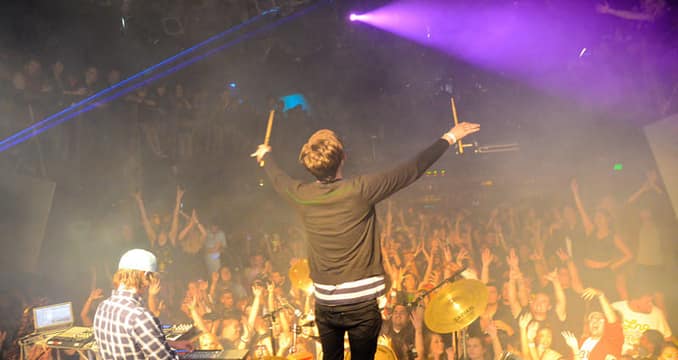 "I will now accept your adoration for my mad cowbell skills."
Blow Up was a fun party. But it's strange, every time I look at these galleries I think, That party looks epic. I don't recall the party I was at being epic. Mostly I remember a bunch of dudes in baseball caps. Maybe I should start following the photographers around instead. They seem to be seeing a different party than I am. Don't get me wrong, I had fun... It just seemed like a different party than the one pictured.

Blow Up has a very young crowd: about half of them are between 18 and 21. Predictably, this means that we ring about half as much at the bar as we would on a comparable-sized over-21 party. But sadly, even those over 21 don't tip: while sales are half of what you'd expect, tips are closer to a third. Charitably, this is because even those who are over 21 are so new to this that they just don't understand how to behave yet.

One of our bartenders has taken it on himself to educate each and every one of them. Normally, bartenders want to move on to the next customer as quickly as possible, but he's decided that it's in everyone's best interest to take the time to personally lecture each and every person at Blow Up who doesn't tip him, hoping that the knowlege and/or guilt spreads. "Hey, so just so you know? In a bar? You tip. That's how I pay my rent." 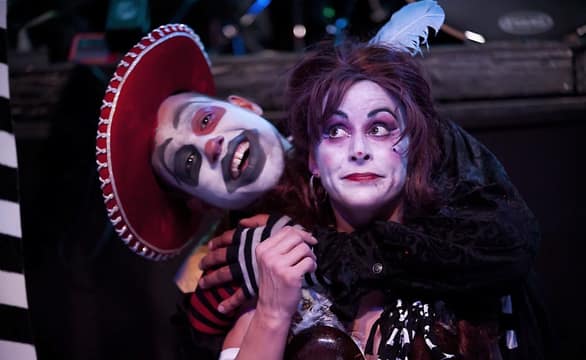 I know I shouldn't find this so funny, but I really do. I'm always reminding staff to be nice to our customers, but sometimes, bad customers need a polite reminder that they're being jerks.

There are also a few photos of last week's Hipster Bootie, and of the final Roccopura.