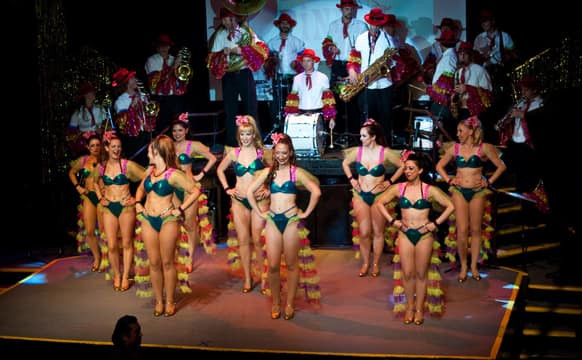 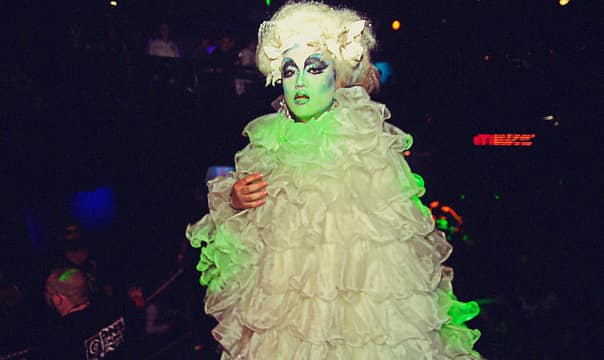 Photos of the Hot Pink Feathers Ten Year Anniversary and the latest Blow Up are up now.

Things have been going pretty well lately, business-wise, but the last few weeks have been full of an above-average amount of irritating bullshit. Like...

We're still trying to work out exactly what hoops we have to jump through in order to open a couple of doors in the wall between DNA Lounge and DNA Pizza, and (while we don't know for sure yet) it's starting to sound like the handicapped-accessbility requirements might be so egregious that we won't be able to afford to do it at all. There's a strong possibility that the amount of ancillary crap we'll have to do in order to simply cut two new doors might be so expensive that it could cost as much as tearing down the building to an empty lot and starting from scratch.

We got our list of proposed liquor license conditions from SFPD and ABC (which would take effect after DNA Lounge and DNA Pizza merge), and it contains the predictable level of nonsense: thirteen new conditions beyond the conditions we already have, including one requiring video recorders, and that those recordings be given to law enforcement "upon request" (not "upon subpoena".) Now I'm pretty sure we'll be able to get that taken off without a fight, because they know I'll go to court over it and they don't want the press, but the fact that they tried to slip that one by us means (I guarantee you) that this is just part of the boilerplate set of conditions that SFPD/ABC are giving to every new licensee -- and most of them won't fight it. So, when SFPD/ABC got laughed out of the Entertainment Commission hearing for proposing this as a law, they just turned around and made it an underground regulation by attaching it to every new liquor license instead. That's their standard operating procedure for subverting the Democratic process. They've been pulling that kind of shit for decades.

There have also been an above-average number of self-entitled litigious-know-it-all jackasses amongst our customers lately. The most entertaining one was the guy who got ejected and banned after several women complained that he was taking surreptitious "up-skirt" videos of strangers without their permission. Apparently we were violating his civil rights by not letting him back in. Feel free to consult the ACLU on this, but I'm pretty sure "creep" is not a protected class.

Also, someone already stole one of the posters from the pizza place! Unbelievable. It was on a Saturday afternoon, a couple weeks ago, and they stole it out of the women's bathroom. They disassembled the frame, took the poster, and left the empty frame on the wall. It was this one, from the first monthly Hubba Hubba Revue in 2007, and that was our only remaining copy of the poster. So, thanks for that, asshole.

I wonder if the thief was actually a fan of the show, or of the artwork, or whether her thought process only went as far as, "Oh look, someone left $10 on the wall and it's not bolted down", or maybe only, "Hey, here's something I can fuck up for everybody."

This is why we can't have nice things.