We have takeout menus now! Just like a real restaurant and stuff. Simple things like this excite me. 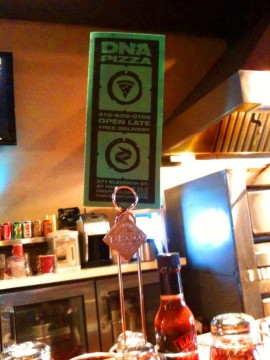 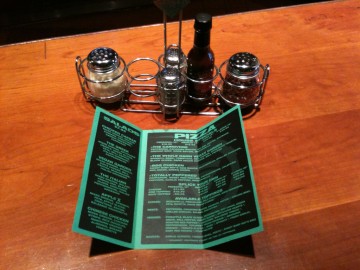 Also, one of the guys ordered a rubber "pizza trainer" for practicing spinning dough, which is an official training pizza of the US Pizza Team. Apparently there are competitive pizza tossing events. Who knew. 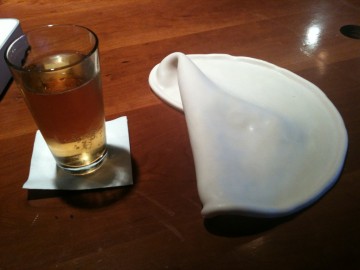 Devon and I spent all day hooking up a Mac Mini to the TV on the back wall. This should have taken an hour. Instead, we descended into HDMI Hell and it took more like ten. But, we got it working, and now the TV on the back wall will be playing random music videos when there's nothing going on inside the club to play instead. Think of it as the Mixtape Screen.

Also it means we can put an end to the fucking Classic Rock with commercials on the radio. Radio! It still exists! Who knew.

Decades ago, I had no suspicion that some day my collection of music videos would get a permanent installation somewhere other than my house. An odd turn of events. 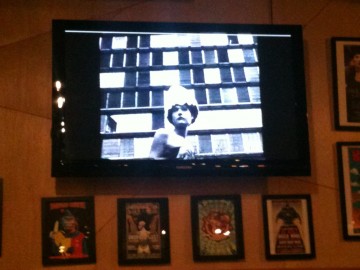 At the Battle of the Bands this Sunday, some dude tried to get free pizza by saying that he owned DNA Lounge. To Barry. Then he went next door and tried to get in free by telling the guys working the door that he was Barry.

I wonder how often this technique works for him.

Also, to whichever of the bands stole one of the CD players from the lounge, fuck you very much.