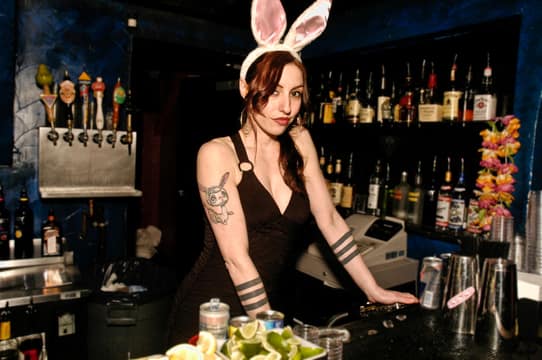 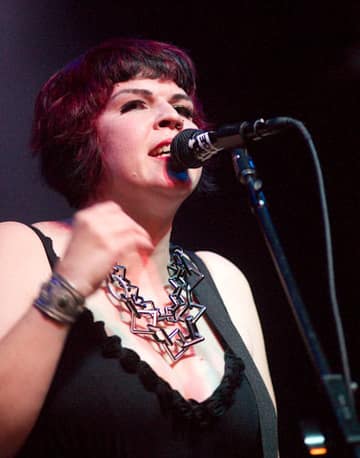 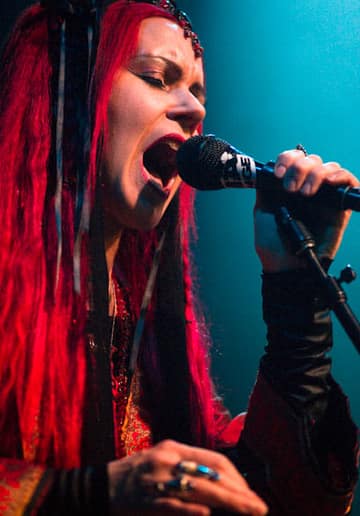 The webcam situation has improved somewhat. I mentioned a couple of weeks ago that the servo-mounted camera that was responsible for most of the stage coverage had flaked out and I ordered a replacement. Well, after the usual comedy of errors that always goes along with such things here, we determined that the old camera is still mostly functional, but that the color had gone kind of wonky on it a while ago. I guess it lost a channel or something. It's a little hard to tell in the dark with the colored lights going, so maybe nobody noticed.

Anyway, we installed the new camera under the balcony to the right of the stage. It's a little bit off-to-the-side, but I think it will be an interesting view of the stage in contrast to the ones we already have, which are mostly looking down from a great height.

Photos are up of this weekend's New Wave City, as well as the Faith and the Muse, Jill Tracy, Tell Tale Heartbreakers, and Sunshine Blind show. Sunshine Blind, of course, is led by DNA Lounge's very own office manager Caroline, so we were all really excited to see them get back together for the first time since 2003!