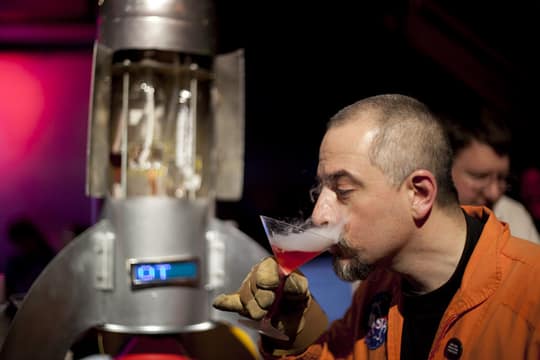 Photos and videos of the two night BarBot 2010 Cocktail Robot Festival are now up. It was a lot of fun, and the robots were very cool.

I can report, however, that the squishy meat-sacks that we normally employ as bartenders need not fear for their jobs, or their lives. Yet. The robots needed near-constant tweaking, prodding and jiggling from their simian assistants in order to be coaxed into dispensing the life-giving nectar.

I believe we have a few years left before the coming war between man and the brotherhood of machines.

Comments are closed because this post is 12 years old.