<< Apr
Jun >>
DNA Sequencing
with your host
Jamie Zawinski
Support DNA Lounge!
Your donation helps ensure that we can continue bringing you the kind of awesome, eclectic and weird events that you've come to expect from us! Your donation keeps us independent, and lets us continue to take chances on the kind of local live entertainment that makes San Francisco great. Won't you pitch in?
To support us on a monthly basis, please subscribe to the DNA Lounge Patreon!
17-May-2009 (Sun) Wherein the ABC assault gets some television air time.

The ABC fight has made it to television! Tonight local TV station NBC11 aired a 4 minute piece on ABC's assault on the local live music venues with some great quotes from John Hinman, Ramona Downey of Bottom of the Hill, Senator Leno and Terrance Alan of the Entertainment Commission. As has become traditional in such reporting, there was no mention of DNA Lounge at all, but at least ABC comes out looking bad.

The video on their web site wouldn't play for me, so I uploaded it to Youtube as well:

You're going to remind all of your friends about our legal defense fund and Facebook group, right?

Contributions have nearly stopped lately, but the legal bills are still piling up...

SF Weekly's 2009 Best of SF is out, and a few DNA Lounge events have won: Hubba Hubba Revue was voted "Best Burlesque Revue", and Bootie won the vote for "Best Club Night" and "Best DJs".

I'm going to be a guest on Pirate Cat Radio tonight, along with Dawn from Slim's and Terrance from the Entertainment Commission, talking about the ABC's war on fun, some time after 8:40pm. 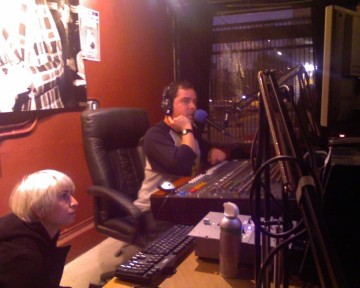 Thanks very much to DJ Fog of Pirate Cat Radio for having us on his show, "Baghdad by the Bay" last night! If you'd like to listen to me, Dawn and Terrance talk about the ABC crackdown, you can listen to it here. It's about 15 minutes long.

I removed the Facebook Connect comment boxes on these entries (discussed last month) because they just didn't work very well. I could never get them to obey my color scheme, and they were amazingly slow to load: sometimes it took over 30 seconds for the box to open. But the real deal-breaker was that there is apparently no way for me to get an email notification when someone makes a new comment. Oh well, it seemed like a good idea at the time.

Here's some fun news, coming soon to a State budget crisis near you. From the SF Chronicle:

A small recompense for the $38.4 billion the state lays out in connection with alcohol-related illnesses and lost productivity, according to the organization. Alcohol tax measures are floating around the Legislature, but their prospects are murky at best.

You may have noticed, however, that the Senate Finance Committee just voted for a federal excise tax on alcohol and "sugar-sweetened beverages" to help pay for President Obama's health care reforms.

Fun fact: a $0.25 tax per drink will result in most drink prices going up by a full dollar across the state. That's because (you may have noticed) most bars and almost all nightclubs price their drinks in dollar increments. The reason is simple: coins are a pain in the butt. They slow everything down, and at a high volume bar, speed of service directly affects the bottom line. (That's also why we have an ATM next to the bar instead of taking credit cards there.) So when the prices have to go up, they go up by a buck.

The Marin Institute, in case you aren't aware, are extremely well-funded prohibitionists who have a great deal of influence on lawmakers in the State and Federal governments. You might not know it yet, but you really hate these guys. Along with Mothers Against Drunk Driving (whom you also hate), these people have been screwing up your world for years.

It's no surprise that they are proposing yet another alcohol tax, since their entire agenda is to make alcohol harder to come by. The tail wags the dog on this one: "I have the solution! An alcohol tax! What was the problem you were trying to solve again?" "Funding the schools." "See? It makes perfect sense!"

Here's some background on these organizations:

Most people are completely unaware that an enormous and well-funded anti-alcohol industry exists in the U.S. It consists of a large number of interrelated organizations, groups and individual activists who are opposed in some way to alcohol and its consumption. Some want to return to Prohibition whereas most want to continuously reduce average consumption to lower and lower levels: "Less alcohol is always too much alcohol."

A major strategy in reducing alcohol consumption is to make alcoholic beverages more expensive and more difficult to obtain. "Availability is the mother of abuse" insists Joe Califano of the Center on Addiction and Substance Abuse (CASA).

The goal of the anti-alcohol industry as a whole is to establish cultural rather than strictly legal prohibition by making alcohol beverages less socially acceptable and marginalizing those who drink, no matter how moderately. Like the anti-alcohol activists who preceded them, the neo-prohibitionists of today often ignore the important distinction between the use and the abuse of alcohol. For the most part, they tend to view it as all bad.

The Marin Institute is a massively endowed temperance-oriented organization that has picked up the anti-alcohol banner previously carried by earlier temperance groups. It is even recognized for its activities by the Prohibition Party. Yes, the Prohibition Party still exists and has thousands of members and millions of supporters.

The Institute is funded by the Buck Trust [whose] assets are reported to be about one billion dollars. In addition, the Marin Institute has received many millions of dollars of taxpayer's money at both state and federal levels. Millions of that have been channeled through the federal Center for Substance Abuse Prevention, a very controversial agency.

The Marin Institute repeatedly reports the often deceptive and misleading "research" and statistics produced by the other anti-alcohol groups. The Center on Alcohol Marketing and Youth (CAMY), the Alcohol Policies Project of the Center for Science in the Public Interest (CSPI), the Center for Substance Abuse and Addiction (CASA) and Mothers Against Drunk Driving (MADD) all produce flawed and even pseudo-scientific reports to promote their agenda. Cooperation and interaction among groups in the anti-alcohol industry tends to be high.

Like the $10 billion dollar Robert Wood Johnson Foundation, a major financier of temperance in the U.S., the Marin Institute is very aggressive in promoting its temperance-oriented agenda across the country both publicly and clandestinely.

A Crash Course in MADD

The founding president of MADD, Candy Lightner, left in disgust from the organization that she herself created because of its change in goals. "It has become far more neo-prohibitionist than I ever wanted or envisioned," she says. "I didn't start MADD to deal with alcohol. I started MADD to deal with the issue of drunk driving." Ms. Lightner has emphasized the importance of distinguishing between alcohol and drinking on one hand and drunk driving on the other.

Ms. Lightner has apparently put her finger on the problem when she says that if MADD really wants to save lives, it will go after the real problem drivers. Instead, it has become temperance-oriented.

These people have such enormous influence not only because they are so well funded by prohibitionists and fundamentalists, but because it's very hard for politicians to oppose them without looking like monsters who eat children. Politicians are all about saving face, and all these people have to do is trot out their propaganda photos of dead children and say, "but if we can save just one child, wouldn't it all have been worth it?"

That line almost always works. That's what killed the attempt to let San Francisco have a later last call five years ago:

In addition, testimony from a mother of a person killed by a drunk driver clearly made the legislators uncomfortable in voting for the legislation. [...] Many democratic legislators left the room after the Mother Against Drunk Drivers testimony and did not vote, so there were not enough votes to move the bill out of committee.

(See also the fantastically expensive and ineffective Amber Alert system, which has had a 0.01% success rate, at 34 out of 262,100. But I digress.)

Surprisingly, the Wikipedia articles on these various organizations mostly fail to call them out as neo-prohibitionists. The Criticisms section of the MADD article is ok, but the articles on The Marin Institute, CASA, CSAP, CAMY, CSPI, and CPAP don't mention any of the controversy surrounding them at all.

Those of you who care about Wikipedia probably ought to get on that.

10 Comments >>
26-May-2009 (Tue) Wherein "Save DNA Lounge" t-shirts are finally available, and I encourage you not to miss Eric Lewis a second time.

By popular demand, we now have "Save DNA Lounge" t-shirts for sale!

The front contains the DNA-in-handcuffs logo, and the back says "A DISORDERLY HOUSE INJURIOUS TO THE PUBLIC WELFARE AND MORALS". These are green-on-black t-shirts with glow-in-the-dark ink.

Of course, you can still just donate directly to our legal defense fund, if you don't want the shirt. But who wouldn't want one of these shirts, I ask you? 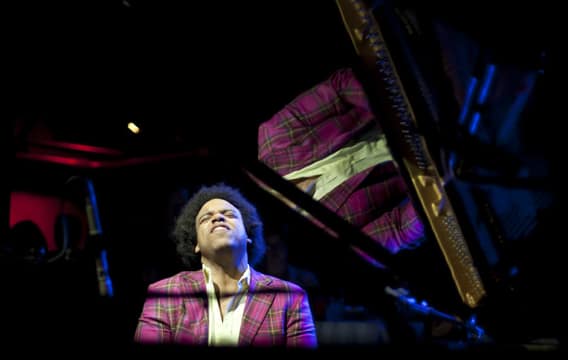 Eric Lewis is coming back on Thu, Jun 4. If you missed him when he played here in April, you really shouldn't miss him this time! He's one of the most impressive musicians I've seen.

Don't take my word for it: check out the various Youtube videos of his last performance here in the photo gallery.

Tickets are $35 because they include an open bar!

Here's an entertaining article I stumbled across recently in the New York Times about the changing face of SOMA and its nightclubs... in 1988.

Here's another really good article about the ABC crackdown on live venues in SF Weekly:

A major problem stems from the fact that live music venues are classified as restaurants, in the language of the ABC. "We don't license nightclubs," says ABC spokesman John Carr, who clarifies that his agency licenses bars (21+) and restaurants (no age limit). "A lot of people use the term nightclub, but it's not a term we like."

This is a ridiculous attitude that gets to the heart of the matter: There's a big difference between a restaurant (where people go with a meal in mind) and a club (where people go with music in mind). They are not one and the same; one shouldn't have to jump through the hoops of the other.

There isn't a specific liquor license for all-ages music venues. Under current state law, places like Great American are licensed as a "bona fide public eating place" because restaurants are the only public businesses that can serve alcohol with minors present. Leno says it's currently up to the ABC to deem what percentage of these businesses' sales should come from food. "They could say 40 percent or they could say 60 percent," he says. "They get to make the determination, and it's pretty much up to the establishment to take it or leave it."

The perceptive among you will note, again, that the author of this article doesn't think DNA Lounge's legal struggle with the ABC prohibitionists is worthy of a mention, even going so far as to refer to Bottom of the Hill, Slims, Great American and Cafe du Nord as "the big four". Perhaps you should ask the author why we get no respect, despite having been in this ABC fight for about a year longer than anyone else?

Perhaps your outrage at this will incite you to buy a "Save DNA Lounge" t-shirt or donate.

Also: In my last update I made a typo and said that our upcoming fundraiser with Eric Lewis is on Jul 4; it's actually on Thu, Jun 4, six days from now. Get your tickets!