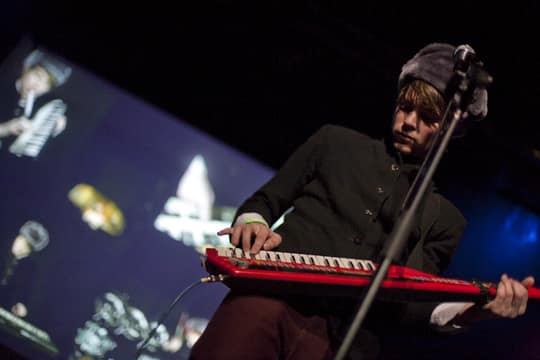 Photos are up of Alaska in Winter, Intermission and Geographer, which was a really good show! I liked all three bands, but I'm pretty sure this was the first show we've had where every subsequent band had progressively fewer people and less gear. Alaska in Winter played in front of six copies of himself on DVD, which are normally the kind of shenanigans of which I do not approve, but it was actually really funny.

Also up are photos of the most recent Meat vs. Death Guild (of which there is another this Friday).